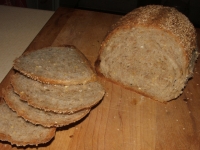 Jasmine (Confessions of a Cardamom Addict) pointed out in her post entitled Give a little bit…,

When money is tight, the ‘extras’ go away. And to many people, this includes donations to charity. Unfortunately, it’s times like these where community organisations such as food banks and soup kitchens are hit especially hard: increased usage and decreased donations.

How sadly true this is!

I just looked at the FAO Hunger Map (fao.org/es/ess/faostat/foodsecurity/FSMap/map14.htm) and of course am not surprised to see that North America, most of Europe and Australia have less than 5% of their population that is undernourished. Yes, we are the fortunate ones. It’s easy for us to complain about rising costs. But these rising costs are not causing much belt tightening for most of us in this blogosphere.

Even here in the “less than 5%” area, more and more people are having to rely on Food Banks. This past Monday was Thanksgiving in Canada. Thanksgiving in the USA is fast approaching. What better way for us to give thanks than to make donations to those who are less fortunate?

One of my friends lives in a smaller city and each week, bakes bread to take to a nearby soup kitchen. One of my sisters lives in another smaller city and works with a group of volunteers to give home-cooked dinner once a week to local university students. Granted, university students might not be considered by some as “hungry” but take into account the cost of schooling, housing, and the fact that university students are our future. Now, not all of us can afford to do something weekly, but most of us can easily spare some time/money to donate to feed daily bread to the hungry.

And now onto the other daily bread section of this post…

Initially I was going to try making Portuguese corn bread again, using a long bookmarked recipe for Pao de Milho on Jane’s blog “Little Compton Mornings”. However, we didn’t have any multigrain bread left. And I do love multigrain bread for toast in the morning!

Our multigrain bread recipe has a fair amount of rye flour in it. I still haven’t found reasonably priced rye flour so decided to replace the rye flour with wheat flour and some corn flour. This is the great thing about bread recipes. They are pretty forgiving and substitutions can be made fairly easily.

Not that corn flour is particularly inexpensive either. This is the trouble. I do hope that farmers will be encouraged to grow grain for food rather than fuel.

The other disadvantage to corn flour is that it has zero glutens in it so the bread dough was somewhat slacker than it is when it’s made with rye flour. But it still rose well. Ha. Almost a little too well.

After mixing it, I left it to rest for about an hour rather than the 20 minutes I thought I was going to leave it. It had risen considerably and only required about 5 minutes of kneading instead of the 10 to 15 I would have given it.

I did manage to shape it in time though. It was just starting to approach the top of the rising bowl – pretty much perfect amount of rising. Okay, maybe a little bit over-risen…. 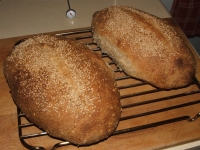 Too bad I saw dmsnyder’s (a Fresh Loafian) post entitled The effect of scoring on loaf shape AFTER the bread was already in the oven!

I almost didn’t score it at all – it was on the verge of being over-risen (cough). I was going to score it crosswise but then decided I like the look of the length-wise score. However, if I’d known it would cause the bread to flatten, I would have gone with the crosswise slash – or herring bone. Next time….

Still, in spite of being allowed to overproof, the bread turned out beautifully! It was so pleasing that we decided to use it as cinnamon toast for dessert (after wonderful chicken and vegetable soup made from the carcass of our Thanksgiving roast chicken). When we sliced into it, the aroma was fabulous. I will definitely be making this variation again.

*Tap water is fine to use – just make sure that it has stood for at least 12 hours so that the chlorine has dissipated. Under no circumstances should you use water from the hot water tap. Saying that it is unsafe to use water from the hot water tap might be an urban myth, but why tempt fate? Heat the water in a kettle or microwave and add cold water until it is the correct temperature (use the baby bottle test on the back of your wrist – your fingers have no idea of temperature!)

** Please note that a Canadian cup holds 250ml. When I measure flour, I really fluff it up in the bag before scooping out flour to roughly fill the cup. The all-purpose flour is “No Name” unbleached (about 11.5% protein). The whole wheat flour is “Five Roses” (about 13% protein). The white corn flour was purchased at the health food store and should NOT be confused with “corn starch”; it is very finely ground corn meal. 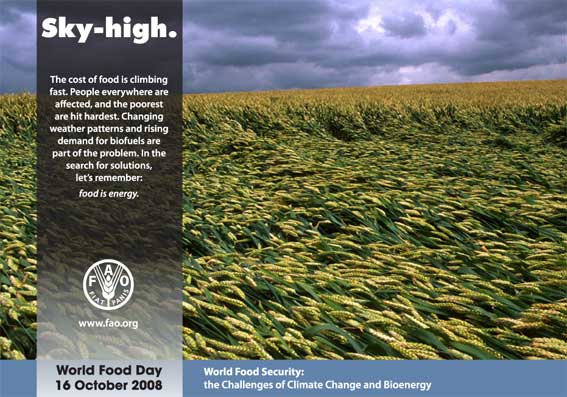 World Food Security: the Challenges of Climate Change and Bioenergy” is the World Food Day 2008 theme. World Food Day provides an occasion to once again highlight the plight of 862 million undernourished people in the world. Most of them live in rural areas where their main source of income is the agricultural sector. Global warming and the biofuel boom are now threatening to push the number of hungry even higher in the decades to come. World Food Day 2008 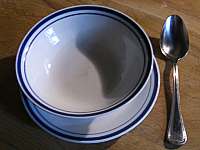 Please note that there are impoverished and hungry people everywhere in the world. And there are many organizations attempting to feed these people. Here are just a few possibilities. Please look in your community for others:

Let’s bake and talk about bread on this day again! Everybody is cordially invited to participate.

The theme is open, just bake a bread with or without yeast, use sourdough, experiment with different flours, add some seeds… It’s up to you!

For more information and complete details on how to participate in World Bread Day, please read the following:

blog from OUR kitchen posts:

And finally, before completing your WBD post, if you haven’t already, don’t forget to read about