Suddenly, we decided we needed to try using a lame to score our baguettes and round loaf. The round loaf - duh, as if you can't tell - was not a great success. But we were quite pleased with the baguettes. This is our lame that appeared because we loved the lame handles that we saw at Burnt Whisker Forge. After seeing them, T suddenly realized that we too could have a really beautiful lame handle using the silver handled nail cleaner from my grandmother's vanity set. The nail cleaner is the perfect shape to hold the double-edged razor. (All that we have from her set is a shoe horn and the nail cleaner.) The case on the wall is made with cardboard, a plastic hairpin and duct tape. 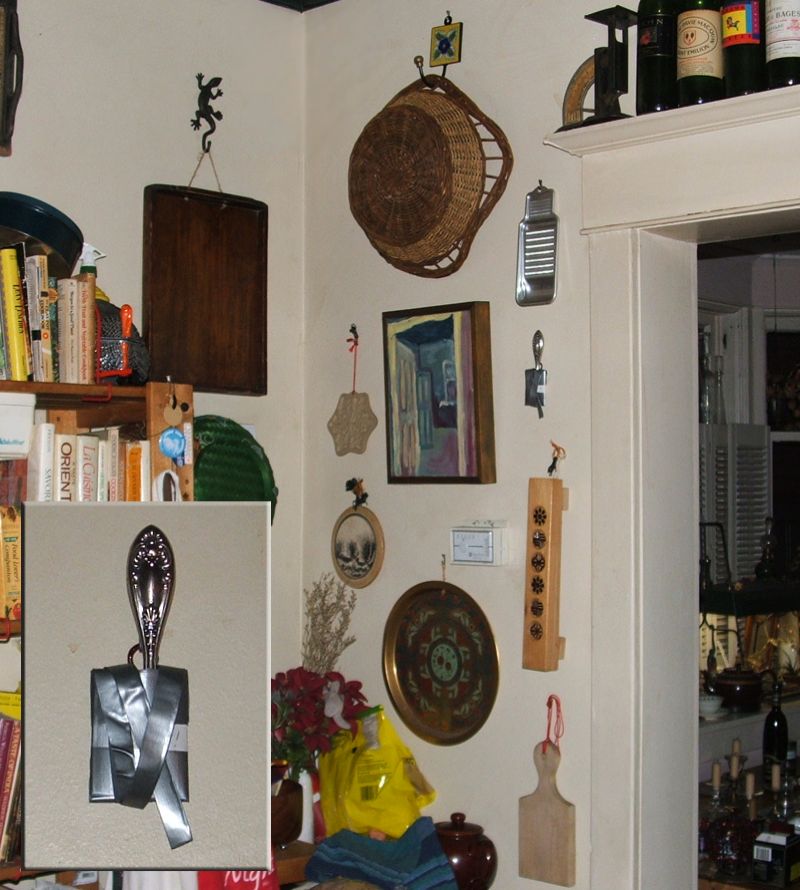 Here are the baguettes before baking. Yes, we know; we still need to work at our technique.... (Please see earlier attempts at scoring.) Another attempt was with boules and a batard. We scored them just before baking. Look at that oven spring! Too bad it all but erased the scores. The scoring on this boule proofed in a brotform was an attempt at creating a mortar-board style hat on top. Oops... too much oven spring. It tasted good though. For his loaf, T was trying for an interesting interlocked C's shaped design. If it weren't for the sesame seeds, it would be impossible to make out where the loaf was scored. It too tasted fine. On the oval loaf, I decided to do a simple elongated S. As far as I remember, I used the corner of the blade held at about a 45° angle to the board. The cut was relatively deep. We covered this loaf too with sesame seeds to emphasize the cut marks. We were very excited to see this ear! 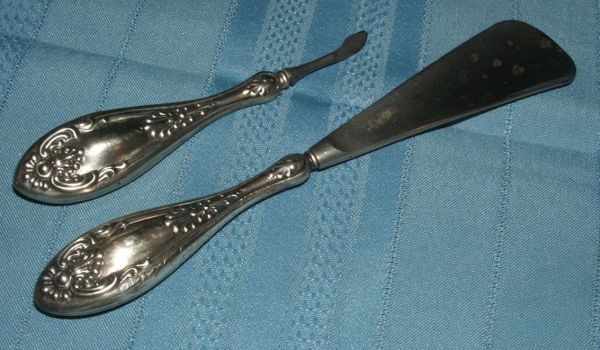 (The image of the lame above and thumbnail image appearing on links to this page is housed on Flicker: etherwork photostream.)