summary: recipe for wild olive wreath based on a recipe in “Della Fattoria” by Kathleen Weber; playing with the calculator; Nailed it! …arithmetic problems; spring has sprung; another quiet Easter; bunny holes galore; verbosity abounds; I lost my blue pencil; information about Bread Baking Babes;

I love the sensation of dough under my fingers. – Kathleen Weber 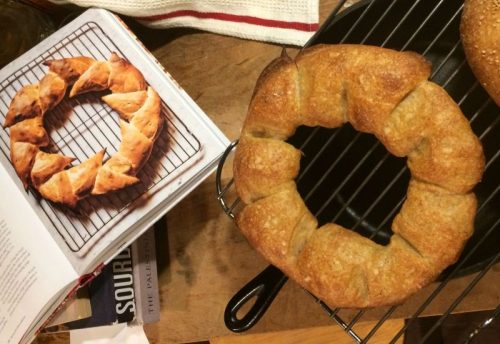 Who would have guessed that we would have to spend another Easter in isolation? Last April, when we were steeling ourselves for a little privation that we thought might last a couple of months, we really didn’t have any notion at all about how long this masked time would go on, did we? All we worried about was that people were wasting their energy worrying about toilet paper, when there were no beans, pasta, flour and yeast on the grocery store shelves.

At least the food supply situation seems to be resolved now (ish).

Unbelievably though, in spite of Toronto having just moved into the Grey Zone (with the instruction that we “should stay home as much as possible”), traffic was pretty much back to its norm, except drivers are now much more aggressive and self-absorbed. Apparently, we need to remind ourselves what “we are in this together” means. :lalala:

But enough of that. I’ve gotten off-track. Again.

END_OF_DOCUMENT_TOKEN_TO_BE_REPLACED 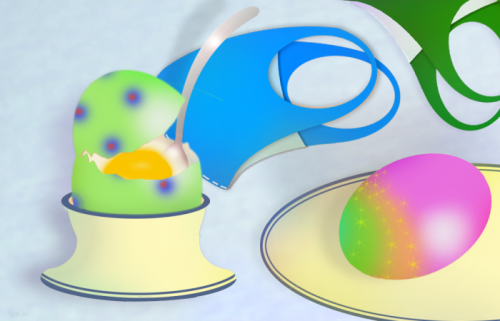