We used to splash out and go to a fancy restaurant for our anniversary. But every time, no matter how great it was, we would always end up thinking that we could have had something easily as good at home. 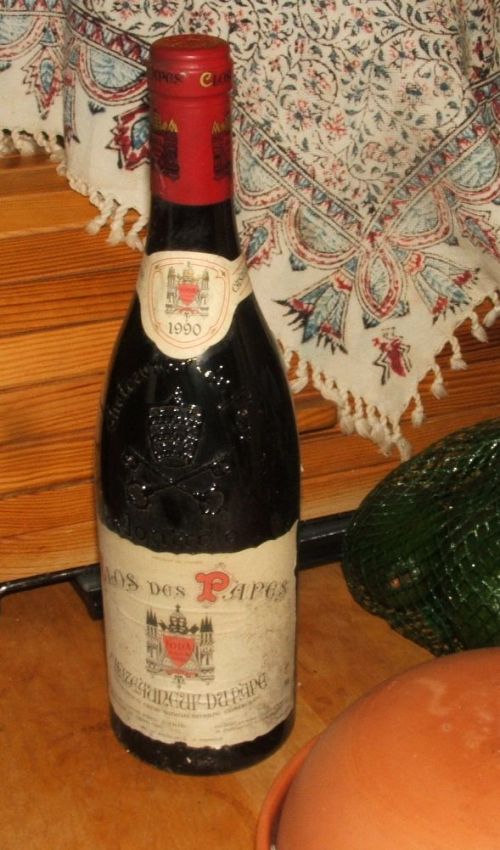 We had been married three years when the grapes for this wine were being harvested. How can that be?! How can we be so old?

I’m guessing we bought the wine at Vintages in 1988 or 1989, in the days that we were willing to pay more than $10 for a bottle of wine. We can just make out the price tag on the bottle that has been sitting in the basement waiting for this particular anniversary. T paid $29.99.

We began our dinner with Addesso Chardonnay, a modern Italian white wine, to go with exquisitely delicious Mussels with Orange and Fennel (recipe in Jamie Schler’s cookbook “Orange Appeal”).

We cleared away the mussel plates (reserving the leftovers to make soup the next day). The furry black fiend was excited by all the activity…. 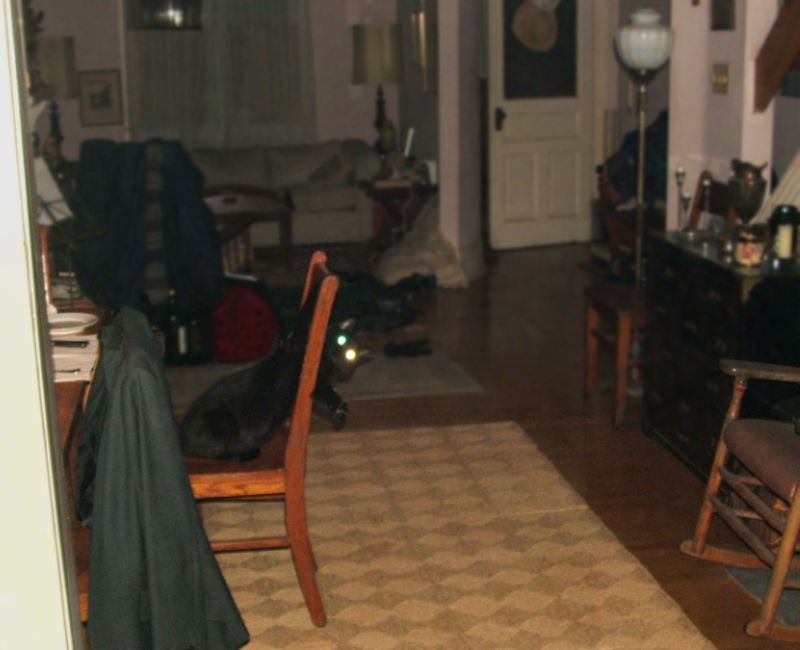 And then it was time to finish preparing the main course, picanha with sauce d’Auvergne.

Picanha? You don’t know what picanha is? (Neither did I?) We learned about it from our Portuguese Butcher. It’s a cut of meat also called “rump cap” that is highly prized in Brazil. Apparently, if you go to a festive dinner in Brazil, it’s a good bet that you will be served picanha (pronounced “pick-ann’-ya”). In Brazil, this cut of meat cost a fortune….

If it were summer, we’d barbecue. But, as it is awfully dark now by 5pm, we decided to pan-fry it in the way that we had seen in Season One “Mind of a Chef” (Netflix): after searing the outside, tipping the pan and almost constantly basting with butter and thyme.

We were thrilled that we could use thyme from our garden! 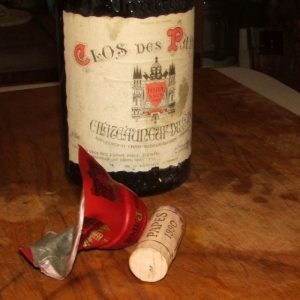 We decided to open the wine first. As always with the basement wines, we were nervous. What if it was corked? What if it had dried out completely??

We were amazed at how new the cork looked!

The wine itself was quite red as well, with little sign of the rust, the colour of age. And it was closed tight as a drum when we poured the first little taste. 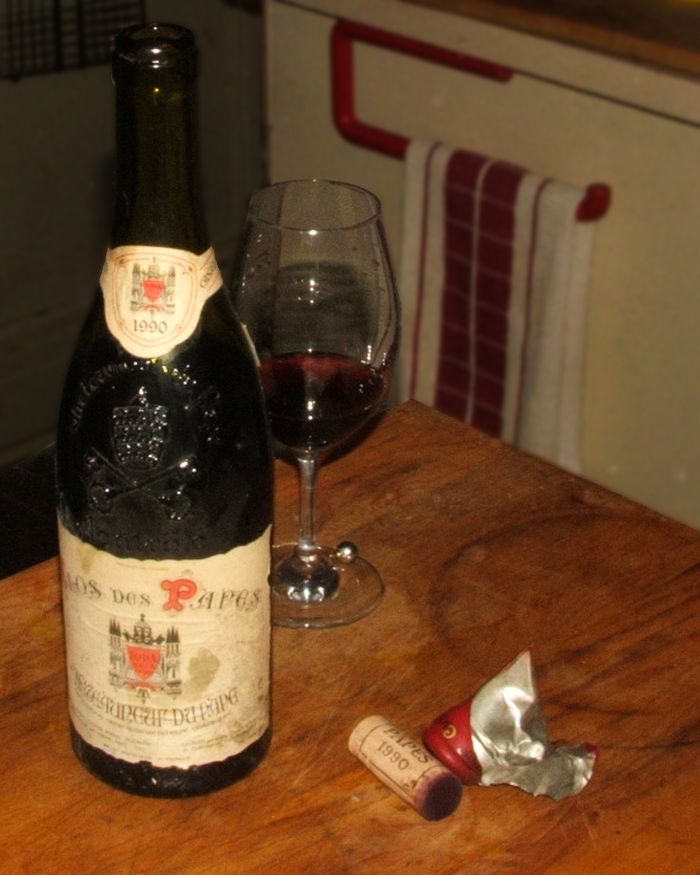 Happily, T was about to cook the rest of our dinner while the wine breathed.

It didn’t take long at all. It looked (and smelled) fabulous even before adding Sauce d’Auvergne…. 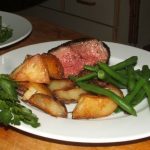 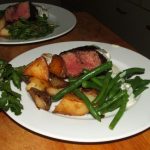 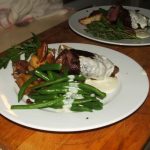 Then we sat down at the beautiful candlelit table, gently shooing away the furry black fiend from my chair first (note to self: set out a chair for the cat…).

And what a dinner it was! Picanha with sauce d’Auvergne (T added a little sour cream to smooth out the flavour – oh my!!!), oven-roasted potatoes with thyme from our garden(!) and steamed green beans. 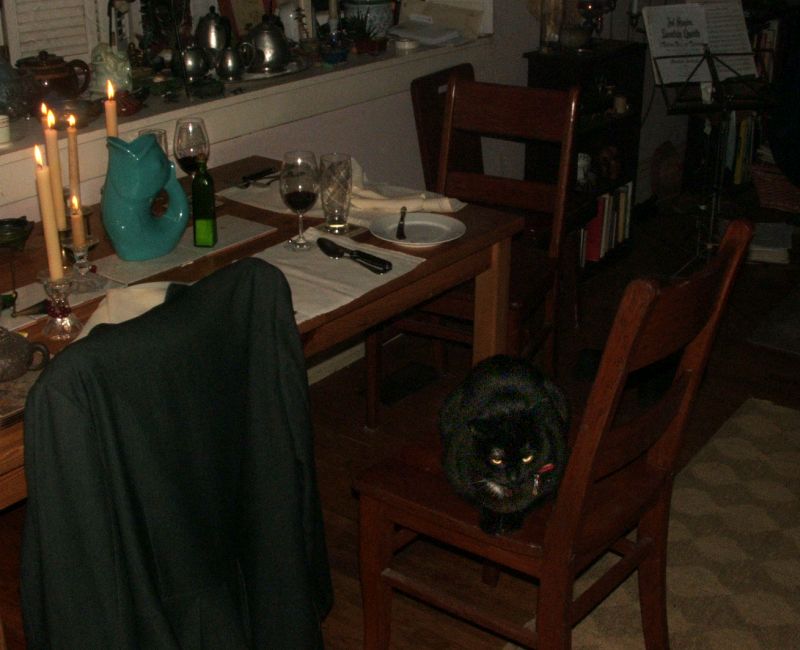 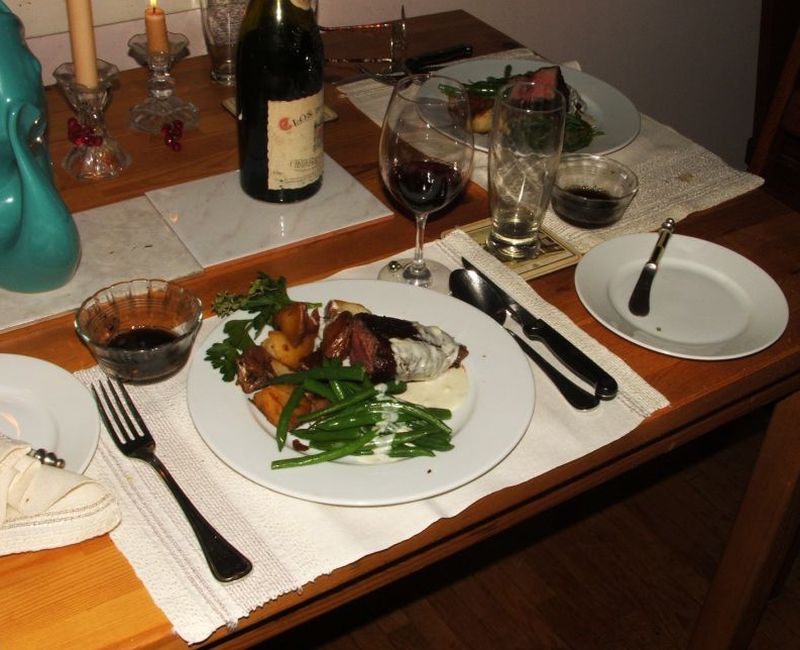 Dessert was a little slice of Bleu d’Auvergne to go with another small glass of wine that had opened up beautifully.

As with any of the fancy vintage wines we’ve tried, between the two of us, we didn’t even finish half the bottle. (Thank goodness for “vacuvin”!)

Yes, indeed. Life continues to get better and better.

How fortunate are we? 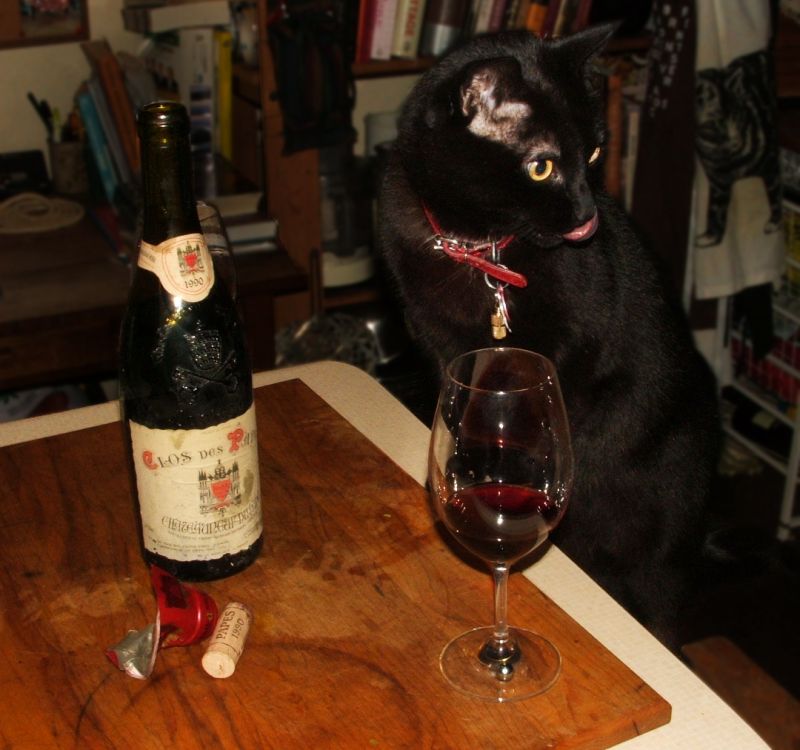 2 responses to “A Night to Remember”