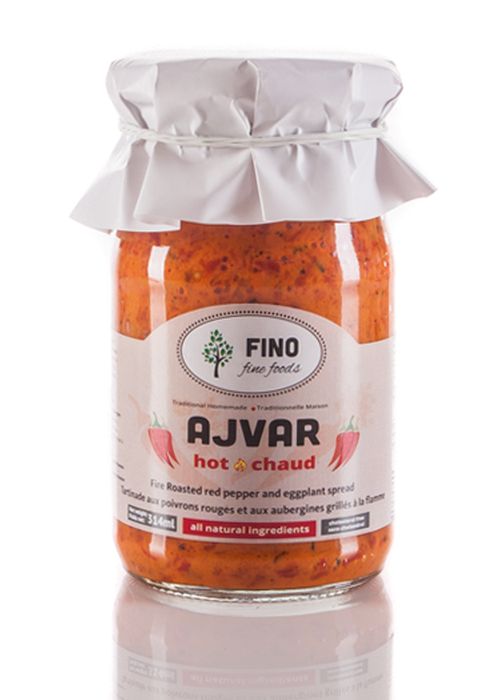 Description
Ajvar – (pronounced “i-var”) is one of the most common foods in Macedonia whose origins of this relish are from the same region. Ajvar was traditionally made in autumn, and the entire family is usually involved in the process. The red peppers of Macedonia are well known throughout the world as the “best in class” which enables for a rich traditional Ajvar product.

Common use:
Used as a dip/spread similar to hummus and baba ghanoush. Spread on a slice of bread or enjoyed with pasta and feta cheese. It is also a side dish served as an alternative or addition to any vegetable. It is a traditional roasted pepper mixture sometimes referred to as vegetarian caviar.

Posted under Another new (for us) favourite: Ajvar