One of our friends loves this card – she imagines that she doesn’t like fruitcake. 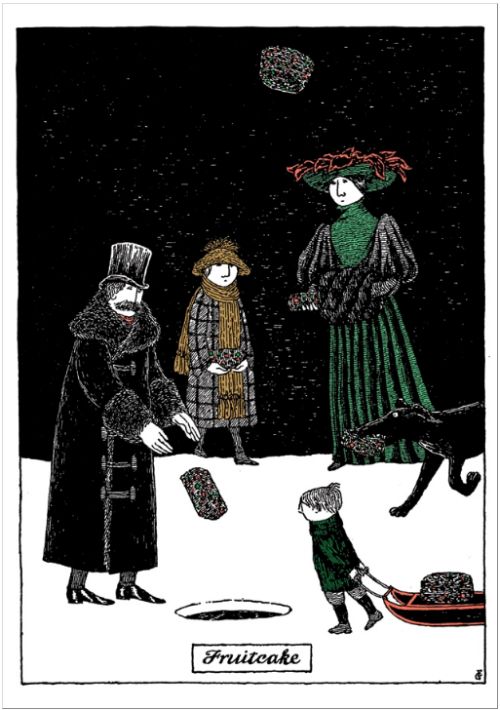 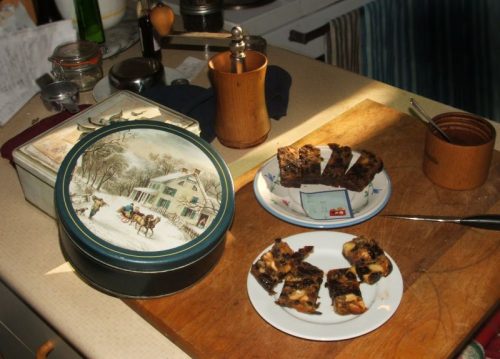 Every year, my sister P sends us cake made from (mostly) Mum’s recipe. We keep the cake until the following Christmas, because aged cake always tastes better.

P took over the Christmas Cake making a few years ago when Mum moved to an assisted living apartment that didn’t have an oven. The first year, she phoned Mum to ask if she could make a few substitutions. For instance, would it be okay to use only cashews? (Yes, no problem.) And, because she was having difficulty finding candied papaya, could she leave it out? (Yes, no problem.) Then came my sister’s fateful mistake: Mum’s response:

And so, being the obedient daughter she is, my sister used her homemade plum jam and after Mum tasted the cake, she confessed her transgression. Mum was a little surprised, having forgotten how adamant she had been about the strawberry, and said, “Of course it doesn’t matter. It’s only a little bit of jam in the batter anyway!”

Naturally, this year, we HAD to taste both 2017 and 2018 side by side. We neeeeeeeded to taste the peel! 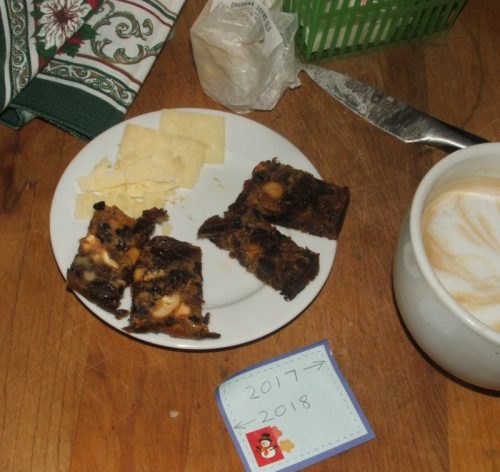 The cake on the right arrived at our house in early December 2017 – it has been in its tin since then, waiting to be opened; the cake on the left is this year’s cake made in early November 2018.

For the taste test, we tasted each piece on its own, and also each piece paired with 10 year old cheddar from Quebec.

We loved both! But, even though it hasn’t aged quite long enough, this year’s cake with its added lemon peel edges out last year’s cake. 2018’s cake is going to be stellar next December!