Our spring focaccia is so good, we had to have it again…. 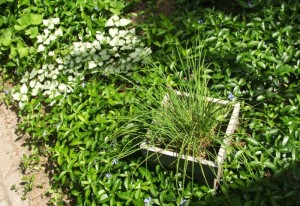 How could we not when we have such beautiful chives growing in the garden?

There is something so wonderful about spring. I love seeing so much promise! The lily of the valley is in full bloom at last and our chives and garlic are flourishing. They’re doing so well that I can almost forget to go into a decline because the sage and thyme did not survive this past weird winter. 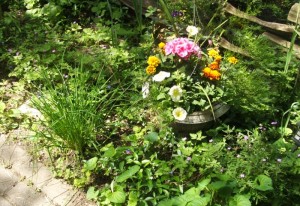 Because spring arrived so late, the locust tree is only just now leafing so there is still plenty of sun for this lovely basket of flowers that we were given. Soon, this area will be mostly in shade (we love the shade because it keeps the house cool) and I fear that we won’t be seeing this riot of colour for much longer. We’re relishing the colours as long as they last. 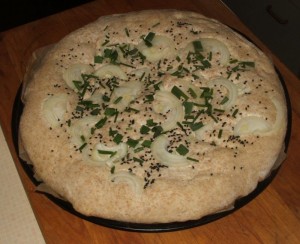 On the morning of the day we decided to have it again, we wanted to bake it that same night. So I made a “same-day” dough. Otherwise the focaccia was the same as the BBB version I made earlier. And this time, I remembered to take a picture of the focaccia after shaping it and putting chives, garlic greens, onions and nigella seed on it. This is how it looked after it had risen again, just before it was time to add the olive oil and salt.

The dough looked and smelled pretty much the same as the time before. It was just as pleasing to wet my hands under cold running water and with still sopping fingers, dimple the dough and then generously pour olive oil to fill the wells and scatter finishing salt overtop. This time I used Himalayan pink and Mediterranean grey salts. 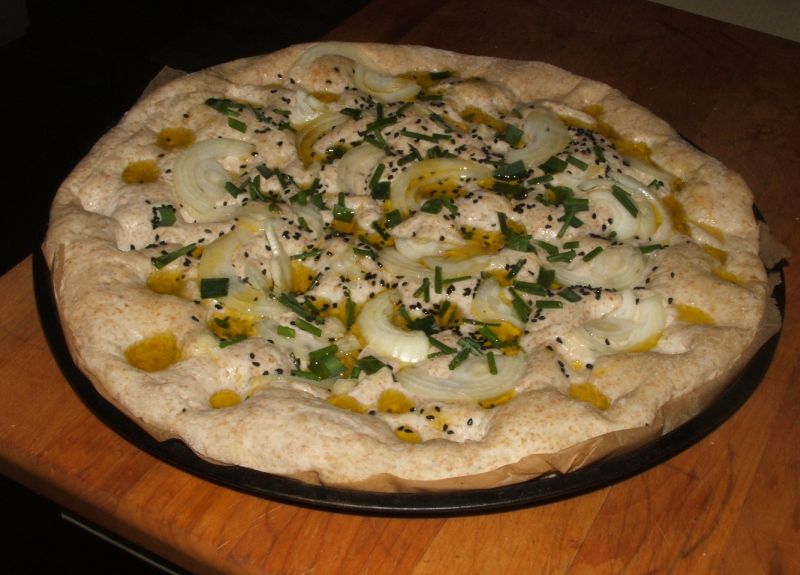 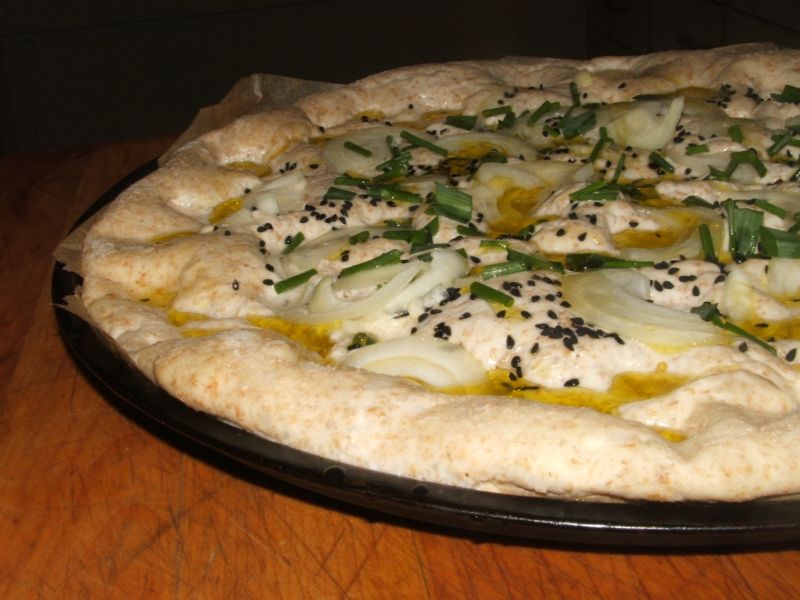 Into the barbecue it went. Interestingly, the focaccia didn’t rise nearly as much when baking. (Sorry, my brief flurry of remembering to get the camera out was over.) Hmmm, I wonder if the slightly less oven spring was because there were no open flames from me managing to remember to fold the parchment paper corners under the focaccia.

However, the resulting bread was easily as flavourful as the time before.

Still, I think next time I will use the two-day method to make the focaccia. It’s awfully nice when the bread is so pillowy.

And speaking of awfully nice, I’m thrilled that our miniature lilac is just starting to bloom and fill the air – including the kitchen – with its lovely scent. If you squint at the photo, you can just make out a furry black fiend lying on the window sill, gazing out at the great outdoors. 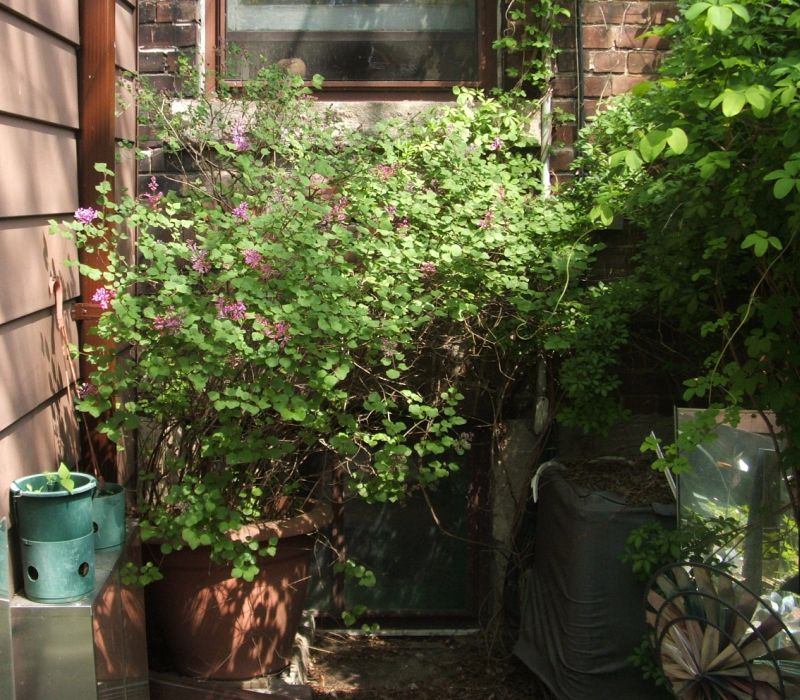