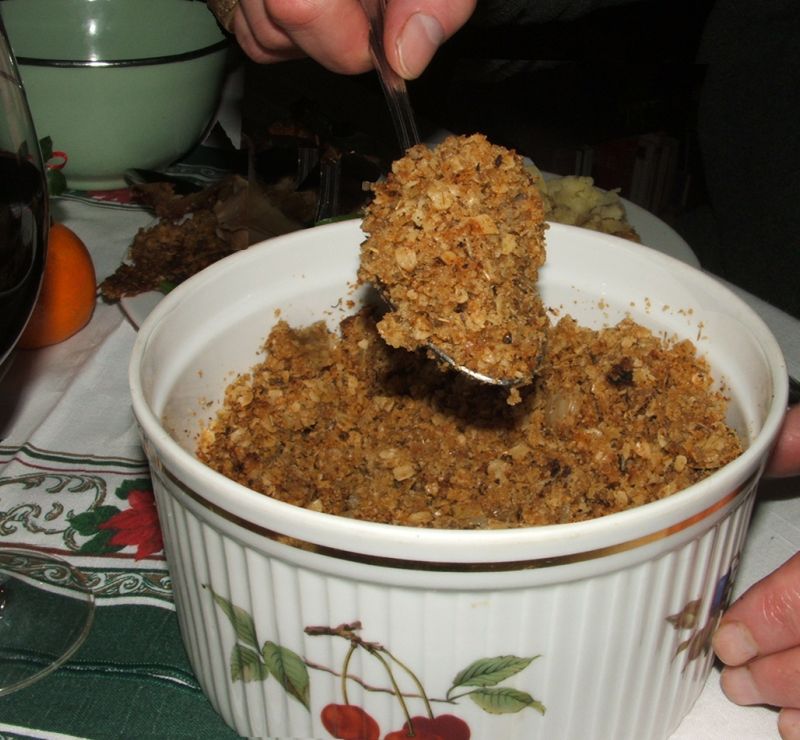 It’s not just for dinner either. It’s also fantastic in sandwiches made from leftover roast chicken/turkey.

This is the kind of dressing that was featured at all of the Thanksgivings and Christmases that I have ever celebrated. It is my Grandmother’s recipe, handed down to her from her mother (and doubtless handed down from the previous mother….). My mother always [made] this dressing, as do I. […] Contrary to erroneous popular belief of people who have not tried this, the dressing is not like porridge at all!

-me, recipes from OUR kitchen | Roast Chicken (or Turkey) with Oatmeal Dressing http://etherwork.net/recipes/granschicken.html#Scottish