summary: Creating a Culture – Part 1 of capturing wild yeast from Chad Robertson’s “Tartine Bread”; do I really want another pet?; but the bread looks so good! (click on images to see larger views and more photos) 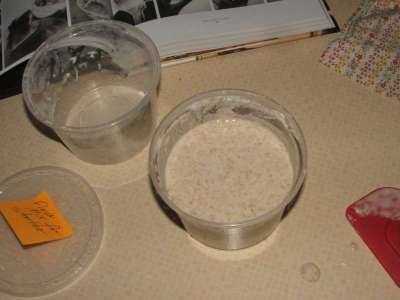 Last year, as we read through Chad Robertson’s “Tartine Bread”, we were determined to try capturing yeast again. But by the time we’d finished reading the book (it takes ages to get through a book when reading it aloud!), the kitchen was cold cold cold.

I have to admit that I was a little relieved to put it off. Did I REALLY want another pet?!

After feeding and babying home-captured wild yeast since July 2007 (I even took it on holiday with me), I accidentally-on-purpose murdered my starter in 2008 when our kitchen temperatures were consistantly ridiculously low and the bread made with it was sourer and sourer and sourer.

But I couldn’t keep the following out of my mind:

I’m so excited!! I was just given a copy of Chad Robertson’s book Tartine Bread. I love that he spent ages working out how to make wild yeast bread that isn’t sour! I might even try capturing wild yeast again now that it sounds like un-sour bread is achievable. 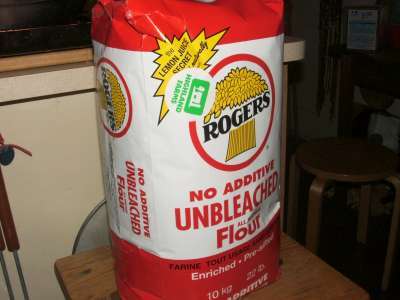 This afternoon, armed with our “no additives” unbleached all-purpose and “no additives” 100% whole wheat flour, I began my second attempt at capturing wild yeast.

Developing a starter begins with making a culture. A culture is created when flour and water are combined, and the microorganisms – wild yeasts and bacteria present in the flour, in the air, and on the baker’s hands – begin to ferment spontaneously. After fermentation begins, the baker “feeds” the culture regularly to “train” it into a lively and predictable starter. 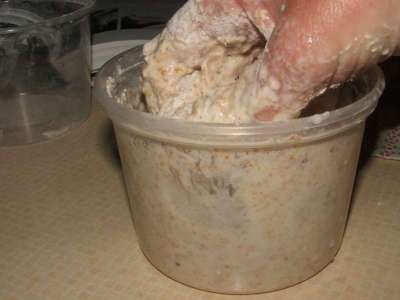 Robertson stresses that the starter should be mixed with one’s hands so the “wild yeasts and bacteria present in the flour, in the air, and on the baker’s hands [can] begin to ferment spontaneously”.

Initially, Robertson’s method differs quite a lot from any that I’ve read about before, in particular Susan’s and the other Susan’s.

Robertson calls for just wheat flour and water – ie: no rye flour at the beginning, or added honey or grapes or potato flakes. He also suggests leaving the mixture alone for 2 or 3 days until it forms a crust (that is to be peeled away – eewwwwwww) and “smells strong like stinky cheese and tastes sharply acidic”. Robertson says that at that point, it’s time to do the first feeding. And at THAT point, I will be discarding 80%!! (Hmmmm. If it smells strong like stinky cheese AND I have to peel back a crust, will I want to be discarding 100%??)

I just peeked under the cloth on the little container and already there are some little bubbles forming! Hmmmmm, is it too warm in the kitchen now? 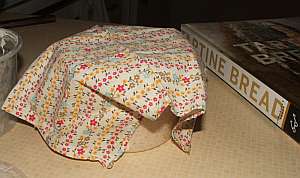 1 response to “Creating a Culture …Again”