For Christmas, my sister gave us a little kit for punching out various sized dumplings. And suddenly, we neeeeeeded to have pierogies stuffed with potato and cheese and served with yoghurt and caramelized onions. 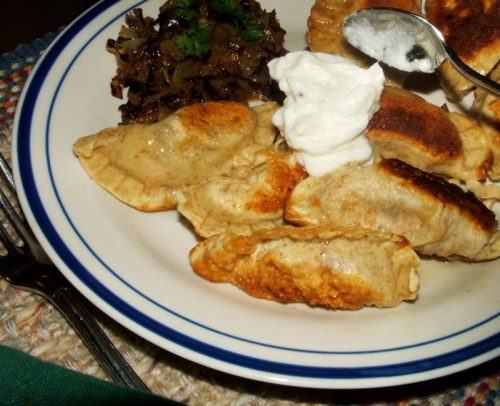 T raced down to the kitchen to make the dough, potato filling, and caramelize the onions. Also, because we realized we had too many frozen blueberries, (is that really possible?) he made a blueberry compote.

Once the dough had rested enough, he used our hand-crank pasta maker to roll out the dough.

Then, doubting that a dumpling press would actually make things go more smoothly, using two different sizes, we tried them out. 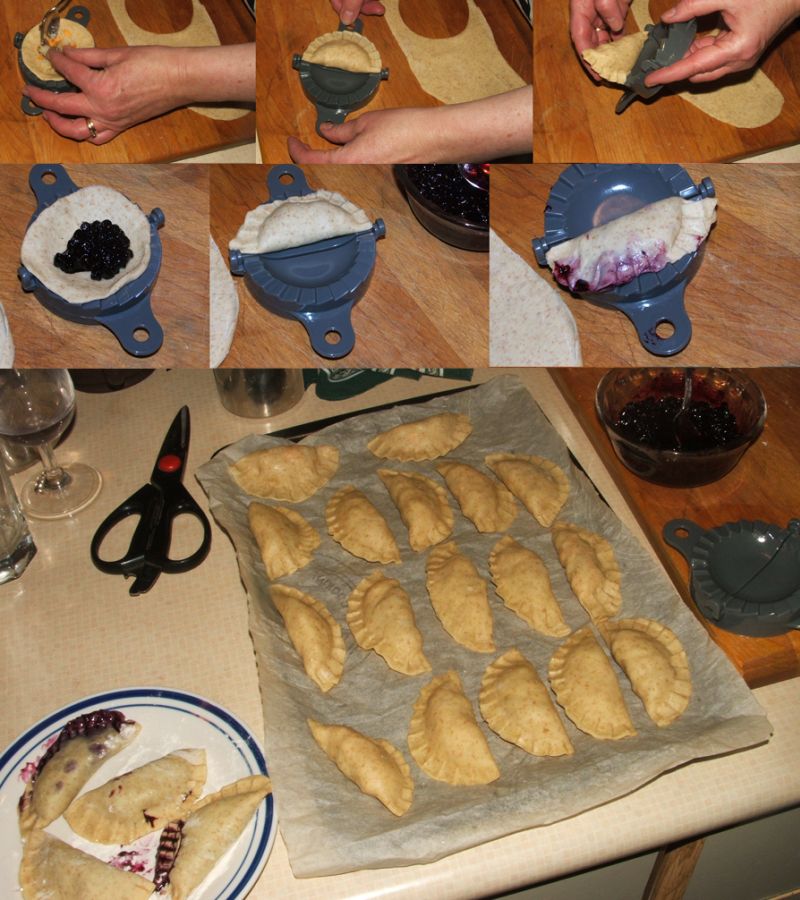 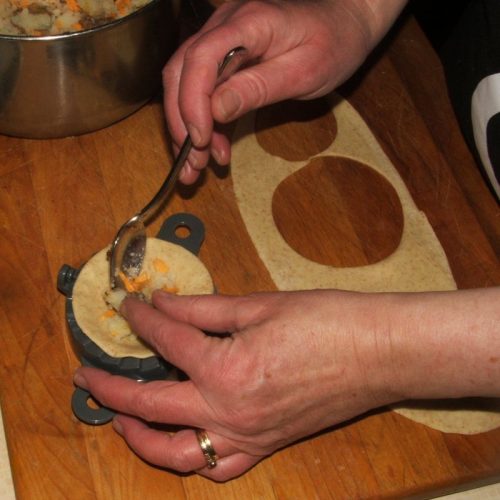 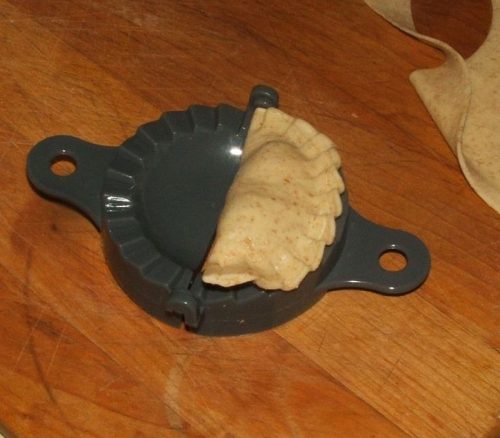 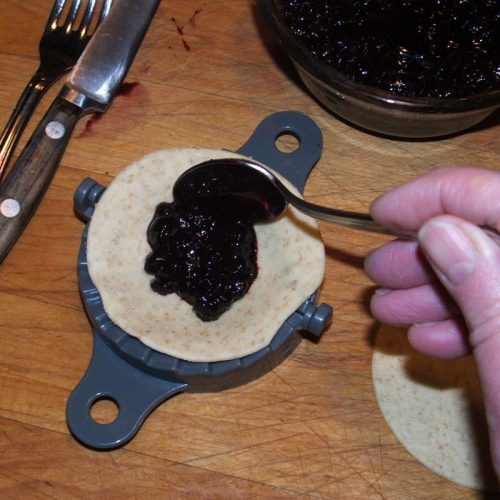 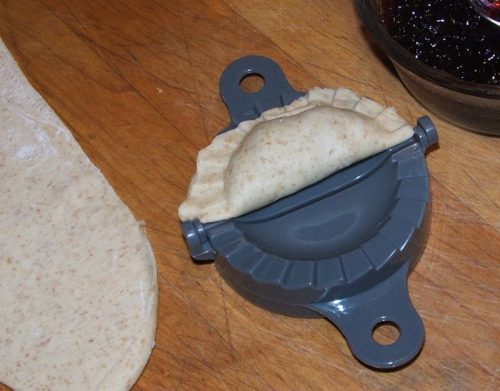 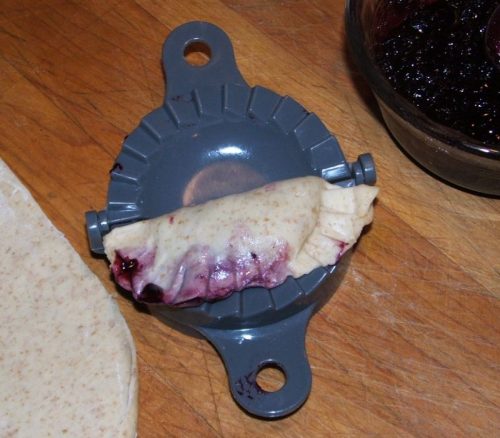 Except maybe some of the blueberry ones… I think we may have rivalled this remarkable woman’s technique when she demonstrated how to use the dumpling press:

If you are unable to view the video here, please go directly to
YouTube | How to Use Dumpling Maker for Hand Pies (was at youtube.com/watch?v=hrMvklRsvLw)

As usual, we didn’t bother par-boiling the pierogis and simply sauteed them in olive oil. I have to admit that we should have par-boiled; the pierogies were on the tough side.

I’m not sure if we overfilled the blueberry ones, or if the filling was too liquid. We had to be VERY careful cooking them. But they were delicious for breakfast. 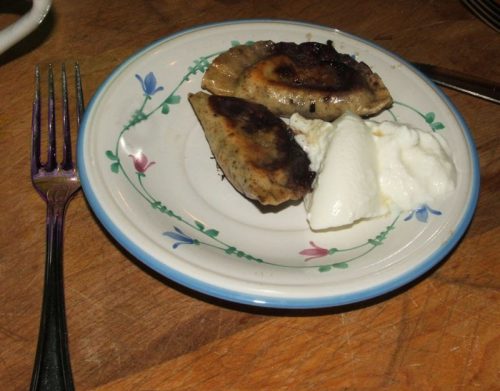 Even though making pierogis/dumplings/ravioli by hand is pleasing, the dumpling press works really really well, and we’re determined to make ravioli soon.

Our other error in judgement was not to have any of our yoghurt on hand. I have no idea how that happened! Consequently, we were forced to buy ready-made yoghurt. Plain, of course.

Imagine our surprise to see the note “Gluten free” on the container. Really? Since when does yoghurt ever contain gluten?! 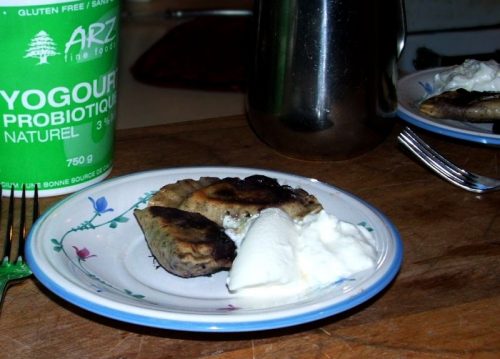