I absolutely adore our dough whisk, but… is it essential for bread making? 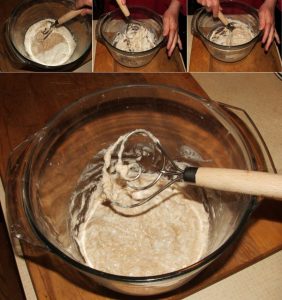 Yesterday, I tried our brand new Danish dough whisk to make Nan-e Barbari and wow wow wow!! I love it. The dough hardly sticks to it. It’s really easy to clean (just whisk it in some water right after using it). But the real bonus is that I no longer have to feel like I’m wearing dough gloves. And I’m really glad that I got the smaller one. Even it feels a tiny bit large for my delicate {cough} hands.

Once you’ve used this dough whisk, you’ll count it as one of your essential baking tools. It’s perfect for mixing heavy dough prior to kneading. Way better than a spoon and much easier to clean. […] [The] smaller version [is] particularly handy for stirring up your sourdough starter.

Though satisfying, mixing bread dough by hand can be a messy endeavor. Plus, sticky dough is difficult to work with your hands and there is always a risk that you will add too much flour and dry out the dough. – Rose Levy Beranbaum, Bread Basics, epicurious.com

She really should have recommended that people use a dough whisk!

And it got me thinking about essential equipment for bread baking and the list I put together a while back (2009!!) after looking at Rose Levy Beranbaum’s step-by-step guide to making bread for Epicurious Bread Basics.

On reflection, my first impulse was to say that everyone neeeeeeeeds a Danish dough whisk. But then I remembered that the word “essential” is included in the title. I pulled out the dictionaries beside the desk:

ėssĕn′tial a. of or constituting or like essence. n. indispensable element

Yup, as wonderful as the dough whisk is, even I cannot say it’s essential.

Here is how I would revise the my previous list of “essential equipment for bread baking” by including only the following:

Note that if your mixing bowl does not come with a lid, a plate works very well. So do those nifty silicone lids. But please, no plastic!

So many sources continue to recommend using plastic wrap. Please refrain from using these single-use planet destroyers. Tell your friends to do the same…. 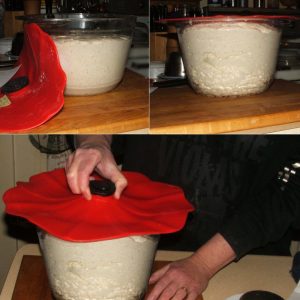 Charles Viancin’s company makes airtight lids as well as coasters, pourers, bottle stoppers, drinking glass covers, colanders, steamers, chopping boards, towels, aprons, pot holders, mugs, teapots, tea infusers, tea saucers…. (Please note that I do NOT work for this company, nor did they solicit this blurb. It just happens that a few Christmasses ago, my sister gave me two poppy lids – medium and large – and I love them. Flexible silicone lids in various sizes are made by other companies and are now widely available.) 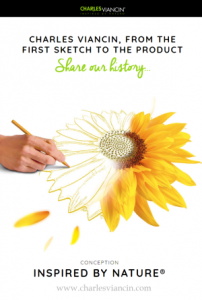 The perfect blend of fun and functional, our lids work effectively on a wide variety of sizes, shapes, and materials including: stainless steel, glass, plastic, ceramic, and even wood. Essentially, the silicone lid acts as a large suction cup which creates an airtight seal that insulates both hot and cold foods, deters pests, and preserves freshness and flavor.

Our lids are incredibly durable. Made from BPA-free silicone, they are able to withstand extreme temperatures ranging from 220 degrees C / 428 degrees F to -40 degrees C / -40 degrees F. CHARLES VIANCIN® lids help keep messes contained to your pots and pans and not all over your kitchen counter. Done are the days of wasting plastic wrap and aluminum foil. Our lids can be used over and over again and are incredibly easy to clean. The silicone construction ensures that our lids are safe to use with most appliances including: ovens, microwaves, refrigerators, freezers, and dishwashers. Easy to use, easy to store, CHARLES VIANCIN® lids are designed with practicality and personality equally in mind. 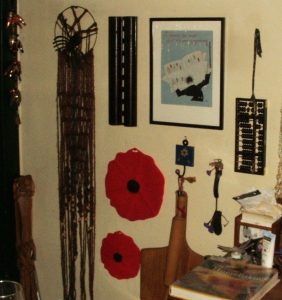 The dough whisk and one or more of these fabulous flexible silicone lids are wonderful and now that I have them, they are essential in our kitchen. But, still, they aren’t required to make bread. So they still fit into the following category: 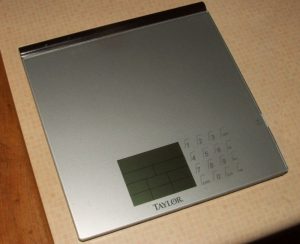 Now that I can’t live without our scale, I do find it very odd that I, along with so many other people, was so resistant to using a scale. It’s WAY easier!

Why on earth do your cookbooks and food websites cling to cup measures when kitchen scales are much easier, more precise and infinitely less faff? […] US food website Serious Eats – which has seen the light and offers both cup and weight measures in its recipes – once asked 10 people to measure a cup of plain flour into a bowl. Depending on the scooping method, how it was packed and whether they tipped every last bit out, that cup of flour weighed anything between 113g and 170g. (Apparently, according to websites devoted to the science of weighing flour, the official weight of 1 cup of plain flour is 120g and the correct technique is to spoon it into the cup, then level off with a knife). This is a huge disparity; […]
I would also humbly suggest the US stop measuring butter in sticks. Sticks! No one else on the planet has a clue what this means.

Which leads to the following list of non-essentials for bread making:

I added silicone bakeware to the list of “completely unecessary” because it tends to be floppy. It also holds onto odors. And I have a Silpat but am now leery about using it because it is a little damaged and I worry about the fiberglass mesh inside. It also smells….

What about You? Do you use a digital scale?
Taylor | Precision Pocket 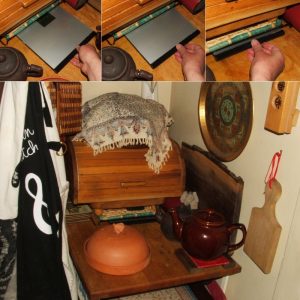 Space is at a premium in our little kitchen. And this was one of the reasons that we were a little confined in our choices for which digital scale to purchase.

But just as the previous Salter scale did, our lovely thin Taylor Taylor Digital Glass Nutritional Scale (5000gX1g) fits perfectly under a footed wooden cutting block that is placed under the bread box. We rescued both the bread box and the cutting board when riding our bikes through the neighbourhood. They had been discarded on people’s lawns.

For home cooks, particularly bakers, chucking the spoons and measuring cups for a digital scale opens up a new world of more efficient, faster cooking. […]
[D]ry measuring cups should not be used interchangeably with liquid measuring cups. Why? Because the volumes do not perfectly match. […] I discovered that how I measured dry ingredients mattered, too: If the flour was packed too firmly into the cup it could make my dough dry; if I didn’t level the salt in the teaspoon measure—or used a fine salt instead of a flaky version—my pie crust might turn out extra salty. […]
I was shopping for the tools I’d need for culinary school […] I picked the least expensive[digital scale], thinking it would get me through the course, and then, when I was deemed a “real” chef, I’d buy a fancier model. There was something special about setting my scale atop the counter on day one of culinary school—it felt professional and serious. That feeling quickly faded. Soon using a digital scale became second nature, and the only way I like to bake. […]
The great majority of cookbooks, cooking shows, and cooking websites refer to cup and spoon measures almost exclusively. I’m going to go on record and call this practice old-fashioned. As with topics like climate change, national health care, and (related to this discussion) the metric system, the United States is far behind the times when it comes to measuring in the home kitchen. […]
Unlike dry and liquid cup measures, grams (a measure of weight) and milliliters (a measure of volume) are directly related: 1 milliliter of water, or another water-based liquid, weighs 1 gram, according to the International System of Units. For recipes that call for higher density liquids—such as a fat like olive oil—a weight (in grams) is usually given instead of a volume (in milliliters) to avoid confusion. Because the metric system is measured in multiples of 100, dividing or multiplying a recipe couldn’t be easier. […]
When measuring ingredients using a digital scale, there’s no scooping and leveling of flour; there’s no filling a liquid measuring cup and then crouching down so you’re eye level with the cup to see if the liquid is even. You place everything into a bowl that sits atop your scale, pressing a button after each ingredient is added to zero out the weight before adding another ingredient. There are numbers, but there’s virtually no math. […]
I still have my trusty $25 Soehnle scale well over a decade after I bought it for culinary school. It’s small and light, and it has never failed me. […] I can’t tell you how many times I’ve dropped it. Somehow, I’ve only had to change its battery once. And it costs less than that nice Williams-Sonoma set of measuring cups and spoons.

I must say that the Soehnle scale does look awfully nice but so does the kitchen scale from Smart Weigh! Too bad we just replaced our trusty Salter digital scale that suddenly and inexplicably broke after not quite 10 years of service…. In order to get one that would fit in our kitchen (in the place we want it to fit), we had pay a little extra to get a Nutritional Scale instead of a plain old ordinary scale. Sheesh!

Naturally, the old style of Salter scale has been discontinued.

(I was quite sad to have to stop using the lovely green brushed cotton bag that Mum made – it was just too small for the new scale.)

edit 4 August 2017: We also have a nifty Precision Pocket Scale (1000gX0.1g) that is perfect for weighing small amounts like yeast or salt.

I thought it was broken because it tends to turn off very quickly when first started (a battery saving device??) but T, rolling his eyes, showed me that it is working just fine. (Duh.)

This lovely little scale fits just above the Taylor scale, on a rack, to protect both scales.

So. It turns out that we don’t need the Smart Weigh scale after all…. 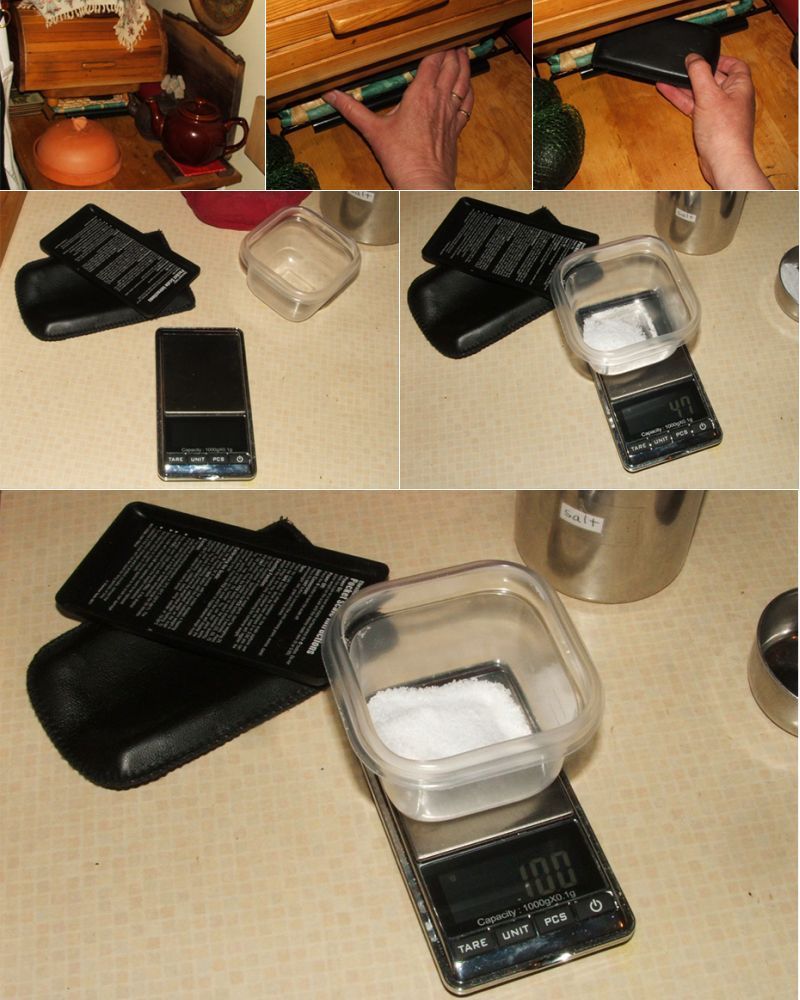