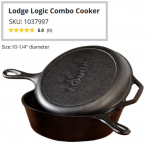 summary: adding a little rye flour and wheat germ to Chad Robertson’s Tartine bread; Jane Mason natural starter (wheat) is just getting stronger; altering the baking time in the combo-cooker for even better oven spring; getting permission to change the recipe; brief review of “My Kitchen in Rome” by Rachel Roddy;

Yesterday, we made bread again. Of course, we baked it in our fabulous cast-iron combo cooker that T gave to me last Christmas. 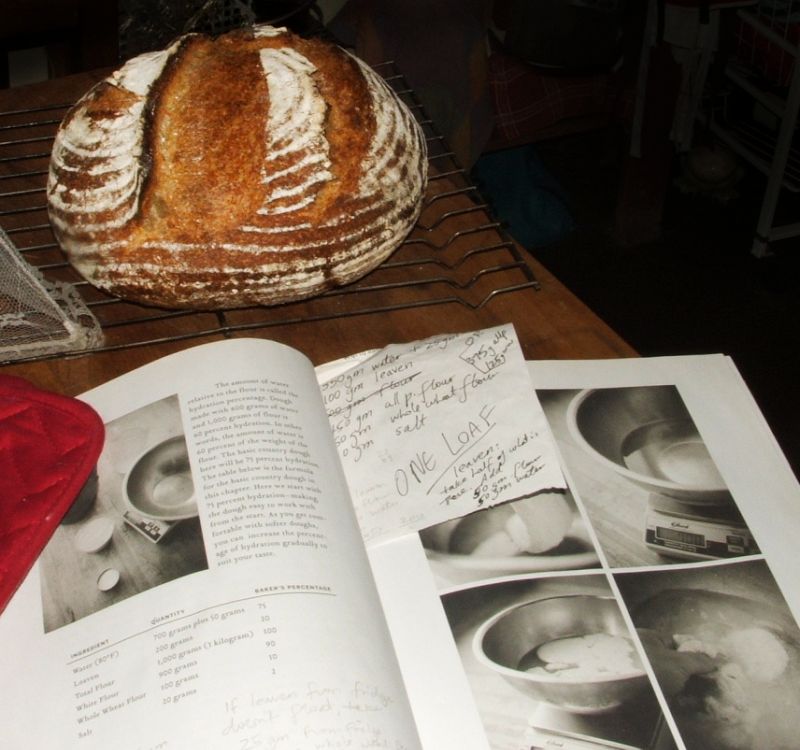 When putting the ingredients together, I’m still opening Robertson’s book to page 48, the ingredients list for “basic country loaf”. But we’ve made a few changes. Because, of course, every kitchen is different.

Notes and Changes made to Robertson’s recipe for Tartine bread:

For yesterday’s bread, T was insistent that he shape the loaf AND put it in the oven. Being the lazy person I am, who am I to argue?

Here are the notes he took:

Note for how long before leaven floats.

Remind me not to buy that brand anymore!

T had an idea to drop the loaf from the basket directly into the pre-heated shallow frying pan, instead of the deep frying pan. In retrospect, I think – but I’m not sure – that this is one of the reasons the final loaf is so beautifully crusty and the crumb is perfect – there is more surface area exposed to the air once the lid is removed.

The really cool thing about this is that the crust doesn’t need to be refreshed. It’s just as beautifully crispy after cooling on the counter overnight as it was when it had just come out of the oven.

Not long ago we finished reading Rachel Roddy’s lovely cookbook, My Kitchen in Rome, or if you live in UK, Five Quarters | Recipes and Notes from a Kitchen in Rome. (I’ve never been able to figure out why publishers feel the need to change English titles for the North American market!)

It’s a lovely book, packed with detailed descriptions of ingredients, recipes, tips (including how to make and cook pasta from scratch, which includes the importance of keeping the pasta cooking water), lovely photos, and a very personal account of living – really living – in an apartment with a kitchen “not much larger than an Encyclopedia Britannica” in Rome. It is beautifully opionated. The photos scattered throughout the book (including in the index) are of Rome, as well of many of the dishes – often showing only the ingredients, or a process of the cooking. We were entranced by the photo of Roddy’s son gazing at a busking saxophone player spread over pages 275-276. We couldn’t help but feel as if we were right there with her, sitting in her little kitchen in the Testaccio quarter of Rome, watching her pour out glasses of wine, and then talk about her day as she prepared the next meal.

What I particularly liked about it was Roddy’s permission for me to go ahead and change recipes, instead of following them to the letter:

Some of the best meals I’ve eaten in Italy have been cooked in small, ordinary kitchens on straightforward stoves using simple, basic equipment. I have also eaten some wonderful meals cooked in large kitchens equipped with every conceivable tool and appliance, and armies of pans. It’s not that one is better than the other-good food can be prepared in either way, in either kitchen. However, it is the ordinary and simple that appeals to me, since it’s more inclusive and uncomplicated, rather like the food itself.
[…]
More often than not, bread is the first thing to arrive on the table, usually in a basket lined with a napkin, and the last thing to be removed. It is nourishment that predates pasta in Rome by centuries; an accompaniment; a utensil (when the dish permits, many Romans eat with a fork and a crust of bread); and the agent of the final swipe, or scarpetta, of most plates. Quite simply, a meal is unthinkable without bread.
[…]
At times, I have found myself paralyzed by kitchen advice, strong opinions, and come si fa (how to do something); or rather, non si fa, (how not to). I brought it upon myself, of course, by being eager to learn, eager to be authentic—whatever that means—and eager to please. This was very much the case with green sauce, or salsa verde, until a good friend and even better cook reminded me that once you’ve listened to all the advice and tried and tested something, you must make the recipe your own. 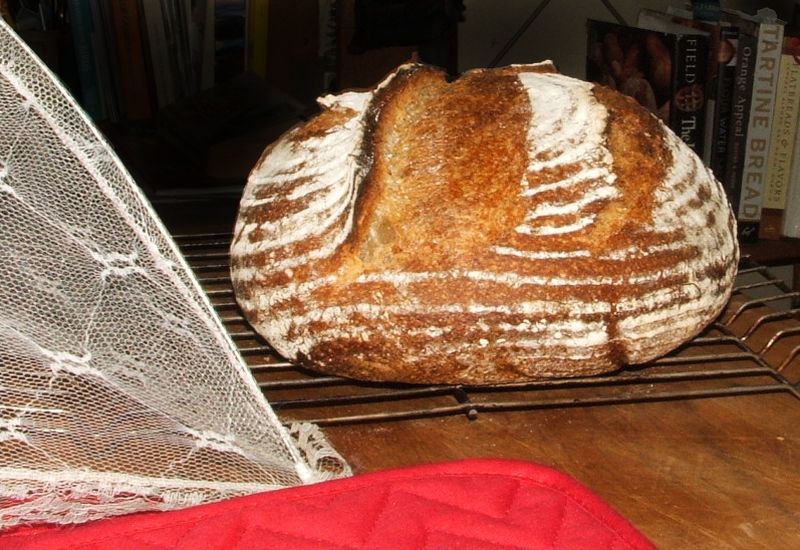