Fouace Nantaise is January’s BBB project. Considering that oranges are at the height of their season in late December and January (or at least that’s the case in the northern hemisphere), it just seemed fitting to choose a bread made with oranges. Even though not much of the orange is used…. 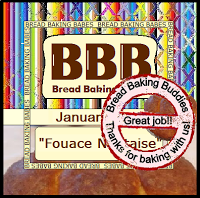 This January, the BBBabes made Fouace Nantaise, based on Jamie Schler’s (Life’s a Feast) recipe. (Here is the recipe I used and here is Jamie’s recipe.)

This January has been a rollercoaster with wild weather fluctuations and bizarre happenings south of the border. Several BBBabes weathered the storms and baked the bread, but just three BBBuddies joined us this time around. Perhaps they got scared off by the looooooong rising time.

As always, BBBuddies come from all over the world; isn’t the internet wonderful? 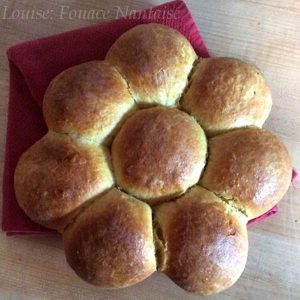 Louise is a child of the universe and made her fouace with a non-traditional 7 petals (8 rolls). And her fouace Nantaise turned out beautifully! She gave her bread two full rises and added white whole wheat, but no wheat germ. She didn’t use any alcohol either, just substituting it with milk. She wrote, “The aroma while it baked was heady […] I’ll definitely make this again soon. Thank you so much for a delicious and easy to use recipe.” She also used SAF Gold Yeast to help the butter and sugar rise better. Wow. How beautiful is that? 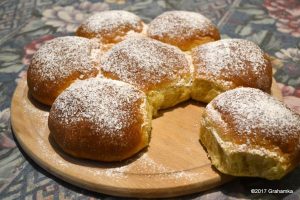 Using orange juice instead of orange liqueur and orange extract instead of orange blossom water and finally sprinkling the fouace with powdered sugar, Marcin wrote, W smaku i fakturze przypomina nasza typowa drozdzowa babke wielkanocna, ale o intensywnym pomaranczowym smaku i aromacie. A skladaja sie na to sok i skórka z pomaranczy, i dodatkowo esencja pomaranczowa. [The taste and texture is reminiscent of our typical Easter yeasted babka, but with an intense orange flavor and aroma. Which is from the juice and orange peel, and in addition the orange essence.] Doesn’t it look delicious?! 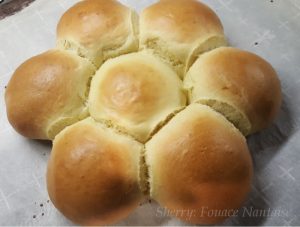 Sherry followed Jamie’s recipe and, as you can see, in spite of adding rum AND substituting Grand Marnier for the orange flower water, had no difficulty with the rise. She wrote, It was a rainy day – so I baked. Great fragrance, texture, and flavor! What a perfect way to spend a rainy day!

If I missed posting about anyone’s BBB Fouace Nantaise, please do let me know.

And of course, if you haven’t made Fouace Nantaise yet, just because the deadline is past, I hope that won’t stop you from making it. Because it’s delicious….

Thank you to all who baked Fouace Nantaise. I’m thrilled that so many people like it. Here’s hoping that Jamie’s upcoming Oranges cookbook will be so successful that Oranges2 will appear shortly afterwards—with Fouace Nantaise included. 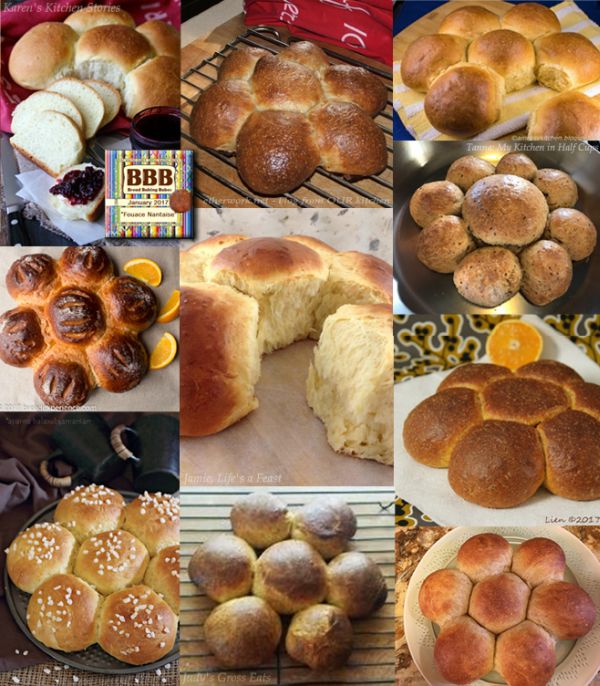 3 responses to “Orange You Glad You Baked This? – BBBabes and BBBuddies (January 2017)”