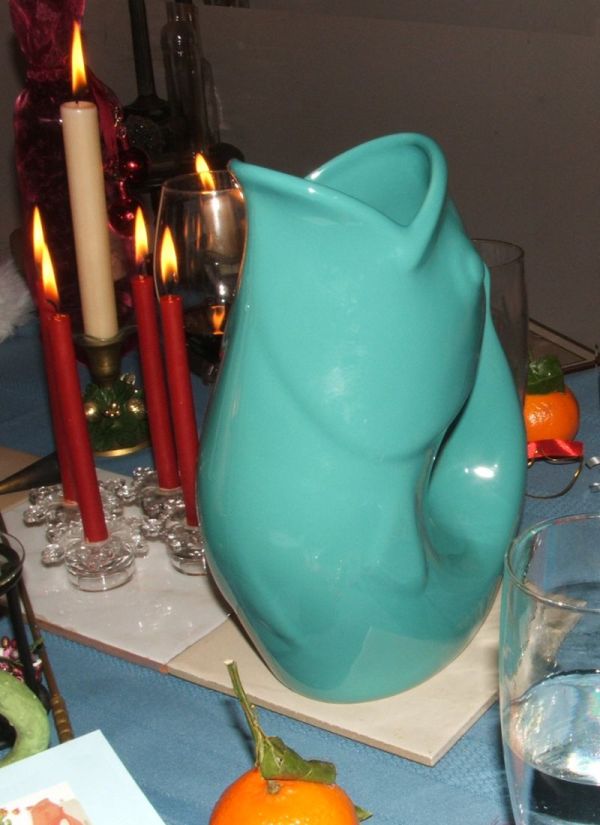 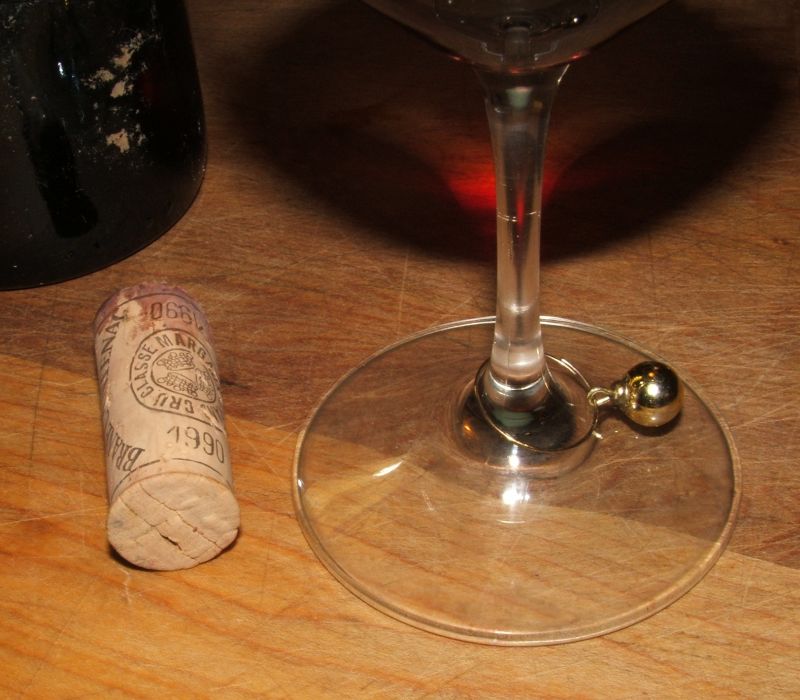 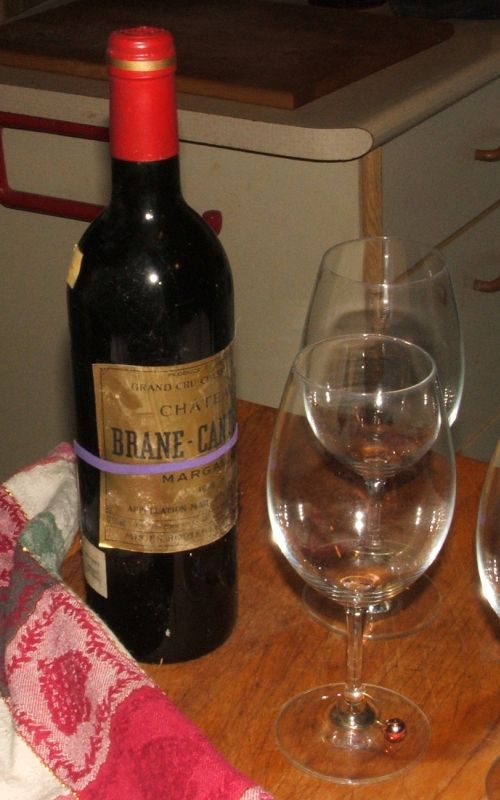 Late on Christmas day, T went into the cellar to see what would go well with dinner. He returned with a bottle that was so dusty from being in the cellar (since 1991 or so, when T splashed out and paid $36.95 for it) that the label fell off as we cleaned it. Too bad we didn’t think to take a photo of the bottle with all the dust on it!

However, the insides of the bottle were anything but dusty…. In spite of being instructed not to let the wine breathe too much because of its age, it only improved over the course of time. Because it was such fine wine and we slowly savoured each sip, it took us two nights to finish the bottle. We corked the bottle with our Vacuvin (read more about Vacuvin Wine Savers) on Christmas night and the wine was arguably even better for Boxing Day dinner!

And as for this wonderful fish-shaped water pitcher, we CANNOT stop pouring water! 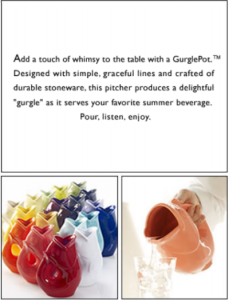 Years ago, I attended my brother’s wedding in a small village in southern France. Since there were no hotels in town, all guests were matched with French hosts. My hosts spoke no English and I spoke no French which made the dinner conversation a challenge. Long stretches of awkward silences were compounded by the fact that French dinners can last for 3-4 hours. There was, however, one saving grace… a fish-shaped water pitcher that “gurgled.” I found myself drinking more water than wine so I could fill the silent room with “gurgling” and unite the table with smiles.

Inspired by the lighthearted effect of the “gurgling” sounds, I returned home and began sculpting my own version.