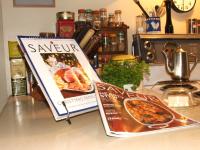 Now I know that I’m very resistant to change. So I have really tried to give the new version a chance. (I have tried; I promise.) But it’s three issues later and I still dislike it. I mean really. Look at the new one. It looks like every other magazine on the rack. What a bore.

And inside is not much better. It is difficult to tell the difference between advertisement and article. The fonts are similar. The photos for articles look very much like photos for advertisements. In the December2005 issue, the table of contents doesn’t begin until page 9. There are a full eight pages of advertisements. And then the first article, entitled “First”, starts on page twenty – maybe the article should be entitled “Twentieth”. I do understand that the money we pay for our subscriptions doesn’t come close to paying for the magazine’s production and that they count on advertisers to allow them to produce this beautiful glossy magazine. But, but, but… well, you know.

Luckily, just as I was completely losing heart and wondering if I had been foolish to renew my subscription two months before, I read a lovely piece by Margo True in the December2005 issue on making strudel. I guess I’ll just have to learn to ignore the ugly cover design and figure out a way to distinguish advertisements from actual content.

Is it possible that they have seen the light?! Look at the latest issue that recently arrived in the mail! I can live with that! 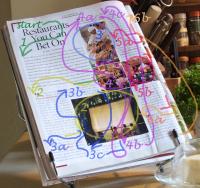 Now there is just the navigation to complain about!! I wonder if the layout people even look at the text. Here is one really remarkable page. I added arrows to show where one is supposed to go to read the stories that are on the page. Confused??? (Whee!!) I was…. 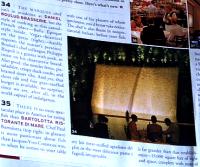 This is where I really started having problems.

2 responses to “I hate change…”