summary: stir-fried kale; refuting Kingsport Humor’s notion that kale belongs in the trash; another use for orange blossom water; Jamie Schler’s cookbook “Orange Appeal: Savory and Sweet”, with photos by Ilva Beretta, is being released soon; information on how to pre-order the cookbook; a bit about coconut oil

Add a little sunshine to every meal – Gibbs Smith Publishing

I know I’ve said this earlier, but it was a major highlight for me. Last summer, I was one of the lucky ones to be in the recipe testing team for Jamie Schler’s (Life’s a Feast) cookbook, Orange Appeal: Savory and Sweet. Her recipe for Fouace Nantaise (that amazingly didn’t make it into the book, because Jamie had too many orange recipes!) calls for orange blossom water.

We loved the fouace, but I knew I’d never make enough of it to get through all that orange blossom water. So, one day, I was stir-frying kale – with coconut oil, of course! 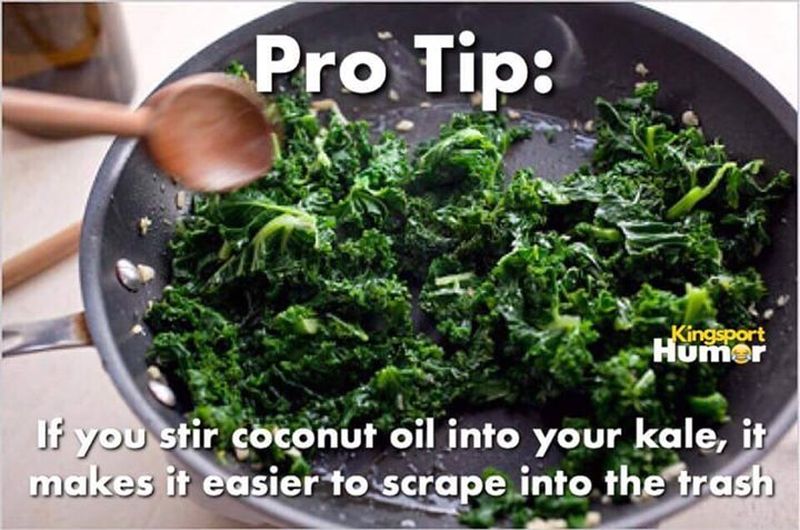 Pro Tip: If you stir coconut oil into your kale, it makes it easier to scrape it into the trash
– Kingsport Humor 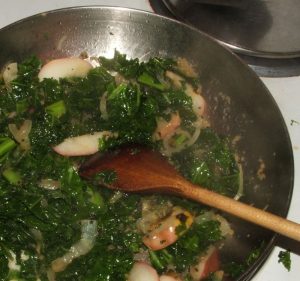 As I was preparing the kale, when I grabbed the jar of coconut oil, I imagined that I discovered (rediscovered? surely I didn’t invent this!) using coconut oil to stir-fry kale.

The orange flavour is faint but definitely present – especially in the aftertaste. It’s lovely! 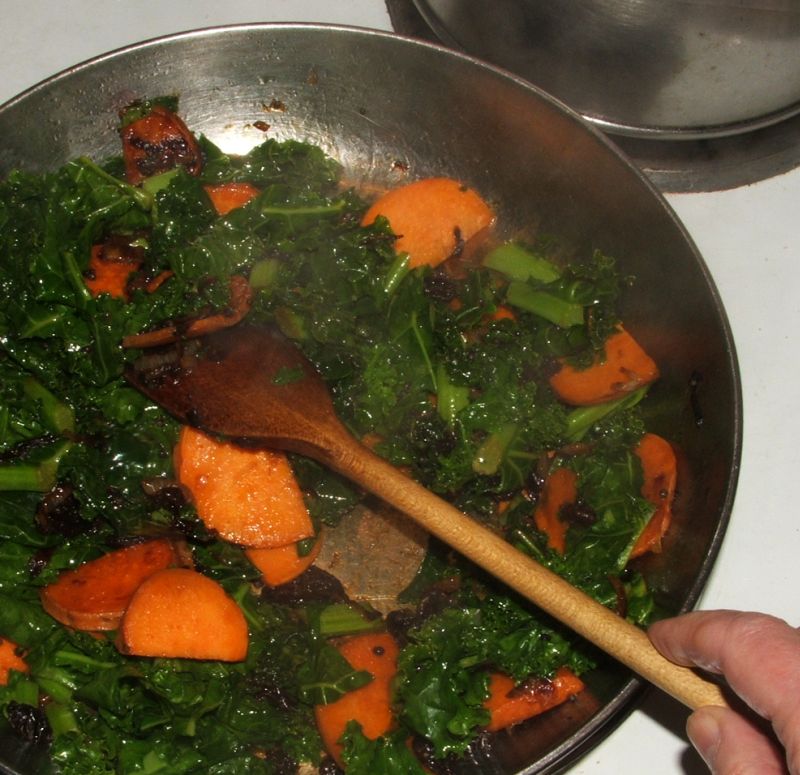 Oh yes. And just to be clear… coconut oil is perfect for stir-frying kale. There’s no way any kale is being put in the trash here. 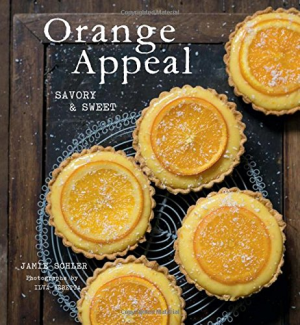 Orange Appeal: Savory and Sweet
by Jamie Schler with photos by Ilva Beretta

I still cannot get over my good fortune at having the honour of testing recipes for Jamie Schler’s soon to be released cookbook, Orange Appeal: Savory and Sweet, with photos by Ilva Beretta.

The cookbook is being released this August. But you can pre-order it.

I can guarantee that you will be blown away by the zillions of ways to use all parts of the orange that Jamie has included. Even without gazing at Ilva’s gorgeous photos of the various dishes, you’ll never look at oranges in the same way again. And you’ll wish that oranges were in season all year round.

Luckily, Jamie offers many ways to have your oranges and eat them too:

When oranges are scarce (and even when they aren’t), I find myself stirring spoonfuls of marmalade, sweet or bitter, into cake and brownie batters, sauces, or marinades. Orange powder, extracts or liqueurs, Grand Marnier, Cointreau, and Triple Sec, or delicate orange blossom water add the orange essence to a dish or pastry, whether accentuating or replacing the fresh fruit, zest, or its juice. […]

Also known as orange flower water, orange blossom water is a distinctive yet delicate aromatic essence distilled form the fragrant blossoms of the bitter orange tree. […] I first discovered its uses in desserts when I lived in Nantes, once a major port city welcoming ships from the French West Indies, where it is an ingredient in the city’s traditional carnival donuts, bottereaux (beignets), and brioche-type bread, the fouace. Orange blossom water is very concentrated, so use it sparingly, a few drops or a teaspoon at a time. […] [It] can be found in Lebanese, Indian, Middle Eastern, and gourmet food shops.

Jamie Schler offers a collection of sophisticated and sunny recipes using the most versatile of citrus fruits, the orange, in this beautifully photographed [by Ilva Beretta] cookbook. She incorporates the juice, zest, and fruit from many varieties of oranges as well as flavorings, extracts, and liqueurs.

Formerly unheard of, coconut oil is becoming more of a staple cooking oil in many households. Manufacturers are using coconut oil in favor of other oils in packaged products, and there are claims that coconut oil can do everything from supporting weight loss to slowing the progression of Alzheimer’s disease. […] Coconut oil has an unusually high amount of medium-chain fatty acids or triglycerides (MCFAs or MCTs), which are harder for our bodies to convert into stored fat and easier for them to burn off than long-chain fatty acids or triglycerides (LCFAs or LCTs).
[…]
[A]ll coconut oils are not created equal. Partially hydrogenated coconut oil is just as harmful as other highly processed oils containing trans fat and clearly wreaks havoc on our health. The second type, refined coconut oil, is extracted from chemically bleached and deodorized coconut meat. Virgin coconut oil, on the other hand, is extracted from the fruit of fresh mature coconuts without using high temperatures or chemicals, is considered unrefined and may paint an entirely different story for our health. According to the Academy of Nutrition and Dietetics, virgin coconut oil has potential antioxidant properties due to certain plant nutrients it contains called phenolic compounds.