summary: the wonders of back-issues of SAVEUR Magazine; too egg, or not to egg; link to feastingathome.com’s recipe we followed for laksa soup (a malaysian coconut curry noodle soup); Noodles!

We have been gradually re-reading back issues of SAVEUR magazine (bathroom reading), from when SAVEUR was still the really terrific magazine that we loved. A couple of mornings ago, T happily announced that we had to go out right away to get some coriander leaf and coconut cream.

“Why?!” I objected. It had snowed the night before and we’d have to – eeeeek – walk, instead of ride our bikes. 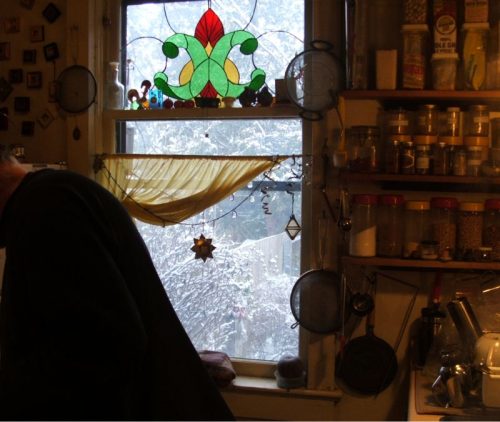 But he calmly explained. It was because of this:

How could I say no?

SAVEUR hadn’t provided a recipe though.

The flavorful base of the soup is made from Laksa paste – […] a blend of lemongrass, dried chilies, shallots, galanga, turmeric, spices, dried shrimp and shrimp paste, all blended up in the food processor, then sautéed in a pot with a little oil to deepen the flavor.

I must admit that it was actually beautiful outside. The snow was clean and white and the air just softly cold – a bit like eating ice cream….

Once home in the warmth of the house, armed with supermarket coriander leaf (granted, it’s a little faded in flavour, but it does the trick on a snowy day) and coconut cream, and after getting galangal and lime leaves out of the freezer, T pretty much followed the FeastingAtHome.com Laksa recipe. But. We didn’t have lemon grass so he used lemon peel. And we didn’t have dried shrimp so he used fresh (from frozen) shrimp.

Pretty soon, with the sounds of humming, chopping, swooshing of coriander being washed, and the gentle clatters of pot lids being lifted, there were the most wonderful aromas wafting up from the kitchen. How could I stay away?! 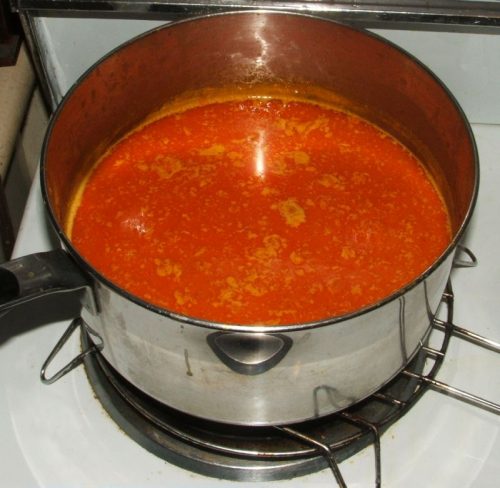 This really appealed to T. But Me? No thank you. Sure, it looks pretty. But. The idea of an oozy egg in my soup is just too… well, you know. 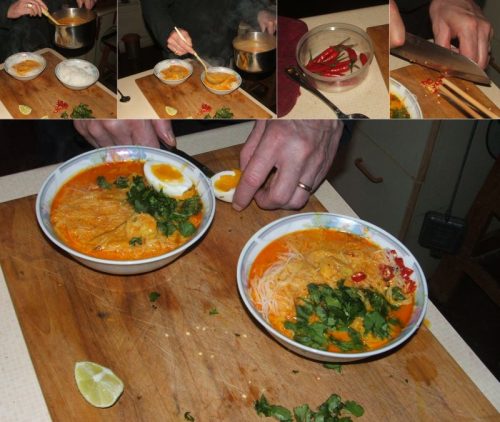 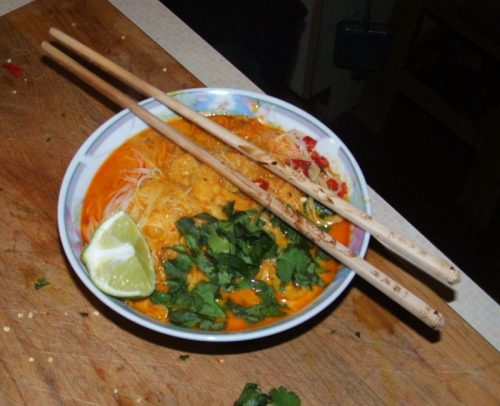 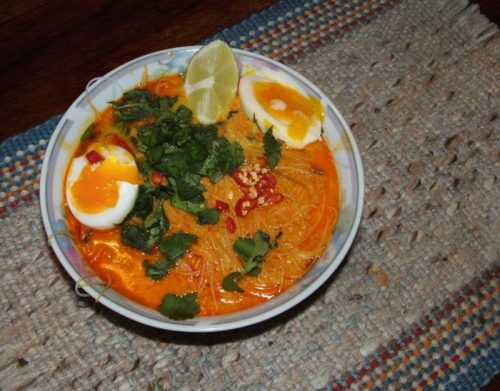 The soup was so wonderful the first morning that we had it again the next morning. But the second time we used linguine-style rice noodles rather than vermicelli. Both are great but we think we like the linguine a tiny bit more…. 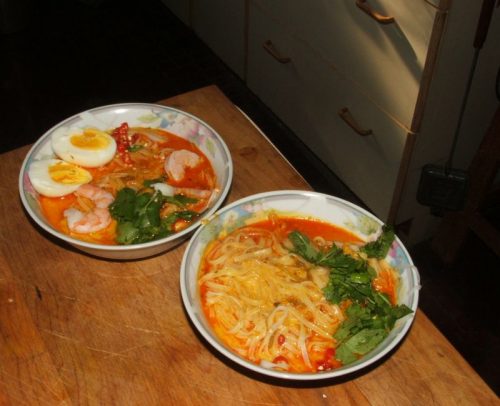