summary: using commercial yeast (!) for the first time in ages; celebrating spring; we ♥ the Cheese Boutique; Clark’s bread; chicken livers are ideal for making pâté; where are those green peppercorns??

[T]his molasses-fennel bread is the very first kind of yeast bread I ever made. 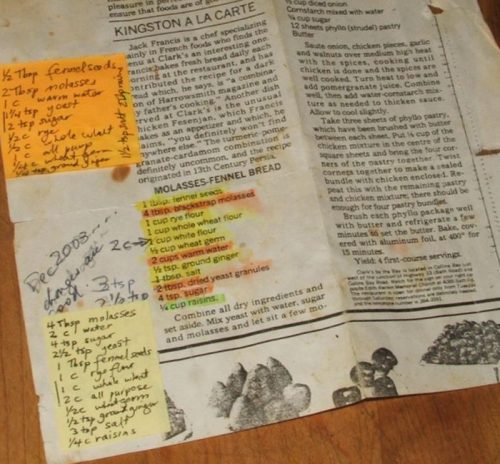 Yesterday, when we were out on our bikes on a gloriously sunny day with the temperature {gasp} above freezing at last, we celebrated by riding to the Cheese Boutique. While we were choosing large blocks of German Butter Cheese, Aged English Cheddar, and from the “any block of cheese from this shelf is $13, or three for $30” fridge, we saw various kinds of pâtés in the expensive part of the next fridge.

We suddenly realized that we had neglected to have one of our favourite dishes this past Christmas season: Chicken Liver Pâté with green pepper corns (from one of the Silver Palate Cookbooks – I NEVER remember if it’s the red or the white one) on Clark’s bread.

I know there was a good reason we didn’t make the pâté and Clark’s bread at Christmas. After all, there are only the two of us. As of last Boxing Day, being under provincial orders to stay at home in our own little bubble (going out, masked and physically distancing, only to replenish essentials: groceries, medical appointments, doctors’ prescriptions), we couldn’t justify making so much food. We promised ourselves we would make the pâté when things opened up again in a few short weeks. Weeks that stretched into months….

And in that time, we forgot.

But don’t feel sorry for us! It’s not as if we haven’t been eating like royalty in the meantime. It really isn’t.

When we got home, of course we had to try the cheese. Or at least, we had to unwrap it – all that plastic!! Then, how could we not taste slivers from each block?

Score! Each one of the cheeses was better than the others.

As we tasted and savoured and congratulated ourselves for discovering the discount fridge at the Cheese Boutique, we talked about when I should bake the bread for our chicken liver pâté. I got out the recipe and the calculator. Here’s how the conversation went:

he: What are you doing?
me: I’m going build up the leavener tonight and make the bread tomorrow. I’m not positive about how much leavener we’ll need.
he: Shouldn’t you use yeast?
me: [trying not to notice the plaintive wail] But our starter is so healthy…
he: Isn’t there molasses? Won’t that make a difference to the rise?
me: [inwardly sighing] Okay. I’ll use yeast.
he: Good idea. Remember how much trouble you’ve had with sweet dough….

Naturally, T is right. I HAVE had trouble with wild sweet dough.

So. Setting the wildness aside, I mixed the dough this morning. Using – {eeeeeek!} – instant yeast. I’ve just put the bread in the oven now. It looks okay…. 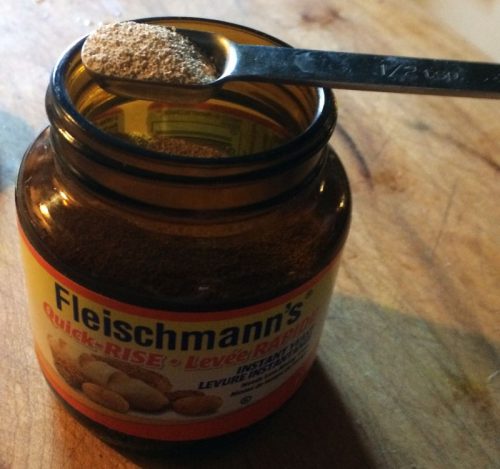 I just noticed that the yeast we bought is labelled “rapid-rise”. Oh dear…. There seems to be some disagreement about whether “rapid-rise” is okay to use:

Instant yeast (also called rapid-rise yeast) is our choice in the test kitchen because it doesn’t need to be proofed and can be added directly to the dry ingredients — the result of undergoing a gentler drying process that does not destroy the outer cells. We have also found that it yields breads with a cleaner flavor than those made with active dry because it doesn’t contain any dead yeast cells.

– America’s Test Kitchen, Bread Illustrated
I call for instant active dry yeast, otherwise known as bread-machine yeast […] One kind of yeast that you should definitely avoid is called rapid-rise. This is dry yeast that has been packaged with a lot of yeast foods and enzymes to accelerate fermentation. Rapid-rise yeast was first developed for commercial bakers who wanted to save time and money. Using this yeast, they could skip the first rise and divided and shape the dough as soon as it was mixed.

I exclusively use dry instant yeast (not rapid rise), in very small quantities, because it is reliable and doesn’t need to be dissolved in warm water before use.

Daniel Leader strikes me as being even more opinionated than I am. (To some, this may seem an impossibility.

) As much as I think that Daniel Leader probably knows way more about bread baking than the America’s Test Kitchen crowd, I think maybe in this case, he may have gone overboard.

(I did use less yeast in the recipe than Clark’s by the Bay bread baker called for though.)

But that’s it. Whether or not rapid-rise should be avoided, next time I make Clark’s bread, I’m going to use our Jane Mason starter in place of the yeast! 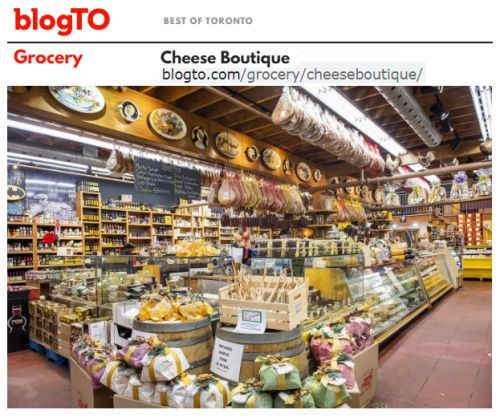 Around in one form or another since 1970 and run by the same family for generations, the store not only ages their own cheeses but also cures their own meats, and is home to 16,000 ingredients imported from all over the world.
It’s less of a cozy boutique and more of a wonderland, product stacked from floor to ceiling, hams and panettone boxes hanging all over.