It snowed last night! Again. And… pretty, isn’t it? But. It’s March!

Will this winter never end? Luckily, we do have running electricity and the furnace, stove and oven are working. But we have to – eeeeeek – walk everywhere because bicycling on icy Toronto roads, in our neighbourhood where people LOVE to drive their cars and don’t really believe that two-wheeled vehicles belong on the road, is out of the question.

We are pining for spring and barbecue weather. (I’m beginning to wonder if it will ever come again.) In the meantime, we are comforting ourselves with hearty soups and stews. And finishing off the last of the Christmas goodies.

We still have a little of the most spectacular dark fruit cake left. Have we remembered to rave to my sister about how good it is? She’s right! Using dried cherries instead of candied cherries is the way to go!! We love to cut off slivers and serve it with well-aged cheddar or parmesan and small glasses of grappa.

At Christmastime, another sister brought us The Most Amazing Chocolates. They were roughly cut and covered in dried fruit, roasted almonds and pistachios. They were delicious! She said she had found the recipe on the SAVEUR Cookie Advent Calendar 2013 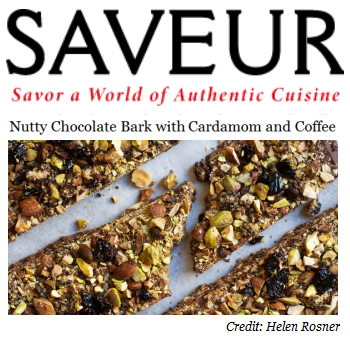 All through January, I kept thinking about that chocolate. And finally, a couple of weeks ago, I made it.

It is just as fabulous as I remembered!! And easy too.

For some bizarre reason, there is no weight equivalent listed in the SAVEUR recipe. Thank goodness for the Internet! I learned that

As I rummaged through the kitchen to get the ingredients, I realized that it wasn’t only the chocolate chips that I would have to replace.

We didn’t have any almonds – I was SURE we had almonds! But we did have cashews. We didn’t have any pistachios but we did have pepitas. We also didn’t have quite as much chocolate as I thought (has someone been eating things without me??) so I decided to make half the recipe, using pepitas, roasted salted cashews, dried cherries and currants in place of the nuts and fruits listed in the SAVEUR recipe.

Did I take pictures? Alas no! I didn’t want to get chocolate finger prints on the camera. But.

As one of our friends reported, “That is superb chocolate!”

She’s right. It is superb.

Many thanks to SAVEUR for posting the recipe and even more thanks to B for spotting it and making it for us to try.

Here’s what I did to make superb chocolate bark.

Break into pieces and store in a tin – if you think it will last that long.

I suspect that any roasted nuts would work; the bark is easily as good made with almonds and pistachios as it is when made with cashews and pepitas.

Next time, I think I’m going to add a few chili flakes too! 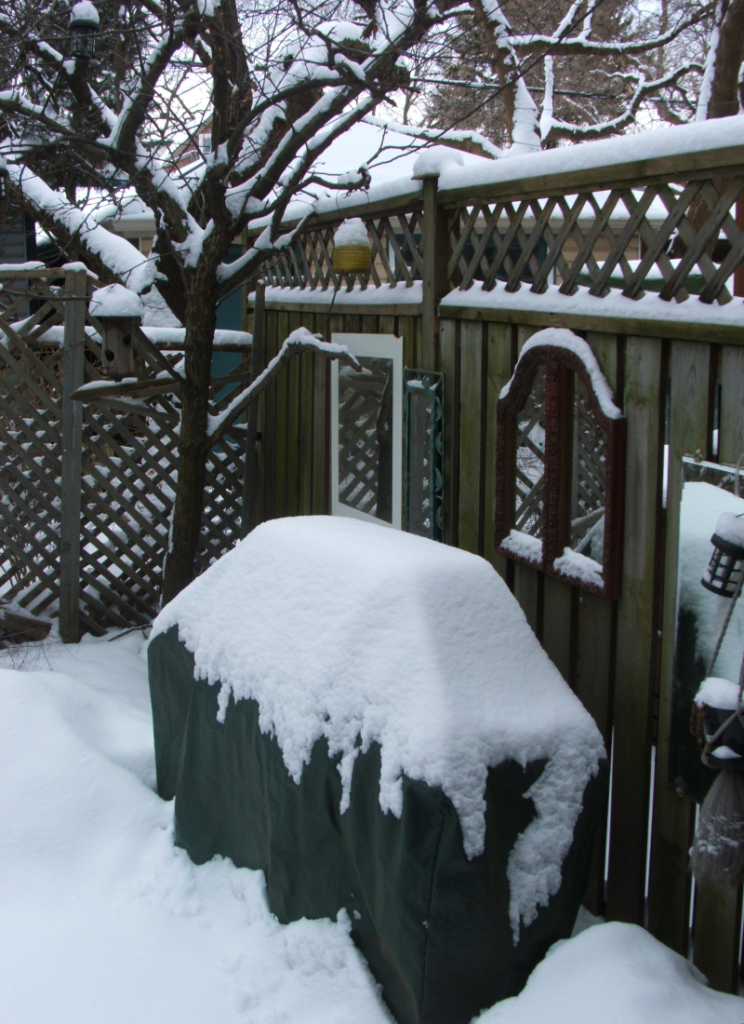 So much for barbecuing in the near future!

Is it time for more chocolate bark?