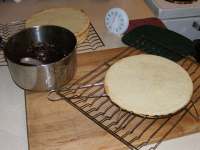 Ha!! We are the Smugs this year! Yesterday, my vinarterta-making-sister and I squeaked in under the wire and made our cake BEFORE our fruitcake-making-sister. Nyah nyah!

-me, song composed sometime in the 1960s after the first time I actually won a game played with my sister

That’s right, our Vínarterta is made.

And, once again, we made a few slight changes. All were on purpose. We almost (and when I say “we”, I mean “me”…) made a big mistake. 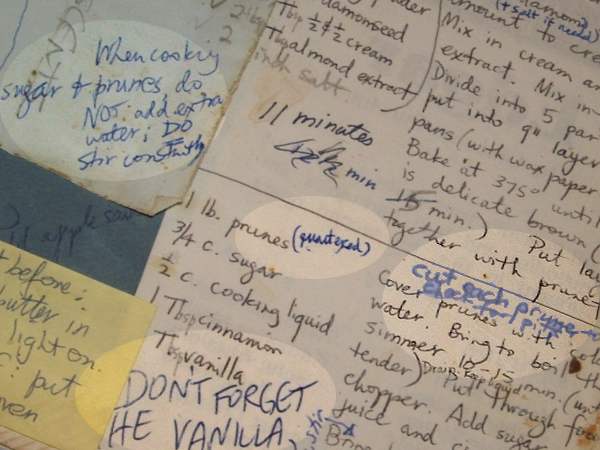 All the time that I was chopping each “pitted” prune in quarters to locate any stray pits (I didn’t find any), and boiling the prunes, and processing the cooked prunes, and adding the sugar, and stirring stirring, stirring so they wouldn’t burn, I had a chorus going in my head:

And I even smirked triumphantly as I stirred the vanilla in. But something didn’t smell quite right…

Yup. I forgot to put in the cinnamon.

Luckily, we hadn’t started putting the layers together yet. So I added the cinnamon, threw in a bit more water and cooked the prunes again until they were the right consistency.

People longed for the cake to taste EXACTLY the way it used to taste.

Of course, they’re wrong and I feel certain that they will beg us to never make the almond extract version again. Because it stinks. Big time.