They had fruit but we have cake….

Ha! At last the phrase has been righted. Dad would be so pleased! 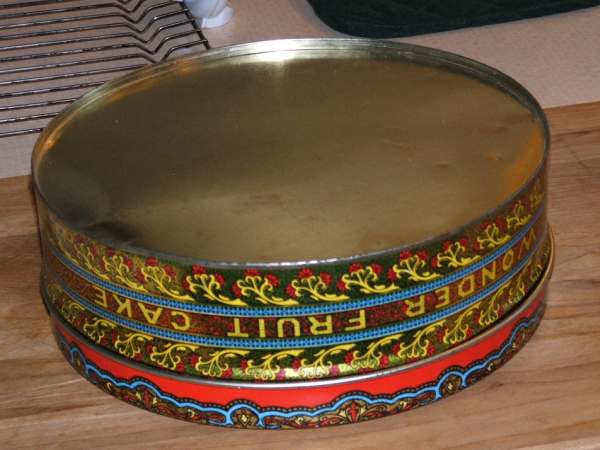 We made vinarterta yesterday. Or, perhaps you prefer to use our non-Icelandic family’s traditional name of “vina tarta”. Or is that “vine terta”? Or is it “vinaterta”??

What’s in a name? That which we call a rose
By any other word would smell as sweet;

Well, some of it would smell as sweet anyway.

For a second, I toyed with the idea of learning how to make our own almond extract but quickly threw that idea out the window. I have no clue how to extract oil from an almond and suspect that it would take weeks to do….

We made two versions of the cake. One has ground almonds instead of almond extract and the second one is laced with the vile liquid.

Sure, it’s a little late to be making the cake – it has to age – but we think we’re okay because it’s still November.

See? It sounds like a perfect day, doesn’t it?

Well. Allow me fill in the section between the lines….

The [vinarterta] recipe is filled with cautionary notes: stir constantly; don’t forget the vanilla; cut each prune to check for pits. This year, as we closed up the recipe, we added quartered beside the recipe entry for prunes….
Because even though each prune had been cut in half, we still heard that unmistakable rattle of pit when we began to puree the prunes. And so began of the painstaking search for stray prune pit(s).

This year, I was making the filling. We had a few prunes left over in the cupboard but, just in case, I had bought more prunes. Good thing too. We wouldn’t have had enough….

I started cutting the prunes to check for pits. Here’s how the conversation went:

E You’ll be happy to know that I’m cutting each prune in quarters.
B Good. We don’t want …
E [interrupting] Good thing!!! I just found a pit. [picking up another prune] And another one! These prunes weren’t pitted very well at all! [looking at the label] Oooh!!! Heh. Look. It says “whole prunes”. [pitting yet another prune] Whoa. This isn’t easy. Good thing I’m the one making the filling this time…. Ummm, I’m not going to quarter the prunes that have pits, okay?
B [nodding] That seems okay. I just looked at one of the prunes you pitted and it looks pretty pulverized.

My work was cut out for me. Every so often in the mound of unchecked prunes, I’d cut into one of the older prunes (about a quarter of a pound of the 2 pounds we were using). It was SO easy to simply quarter the pitted prune. With the rest of the whole prunes, I took ages. I began to feel as though I would never finish.

Colour me very very very relieved when I was pureeing the cooked prunes and we heard zero sounds of ominous clicking and clacking!

The filling was made; the dough was divided into 10 pieces. And at last it was time for lunch.

My sister had brought sloppy joe mixture and some gorgeous Black River (Prince Edward County) cheddar cheese that we put onto quite irregular slices of Tartine bread that we had baked early yesterday morning (remind me to whine about making wild yeast bread when the kitchen is cold). In spite of the rather large holes and really tough crust on the bread, lunch was brilliant.

And then it was time to make the layers. As I washed the lunch dishes, I volunteered my sister to cut the wax paper rounds for the cake while the oven was preheating. We realized that she had never done this task.

She was brilliant at cutting the template. But I’m afraid my impatient self couldn’t manage to watch as she painstakingly cut just three rounds more, struggling with the wax paper box and the roll.

E Umm. Do you want me to do the rest?
B Ummm Y… Do you want to?
E Yes. Are you okay if I do?
B [nodding enthusiastically] Yes

We needed six more rounds. I accordioned the paper into 6 (B said it reminded her of Mum patting out sewing pattern pieces onto the fabric) and then expertly (ha – as if) put the template piece on top and cut through all the layers at once. Et voila! We were ready to go.

We needn’t have worried. It was really easy to tell them apart. One of the layers stinks.

With only 4 more layers left to bake, we started to relax.

While waiting for them to bake, we were happily working on the weekly WJS contest puzzle, when suddenly, I jumped up exclaiming, “Did I put the timer on?” and immediately answering myself, “I didn’t! How long have those ones been in?”

Luckily, they weren’t even close to burning (ha. Freudian slip there – it was the stinky ones that were in the oven) and we eyeballed how much longer they should bake, taking them out when they were beautifully gold on the edges.

After the layers had cooled, we put the cakes together, put them into their tins, and still had time for one more word game. Of course, we’ve altered the rules to ensure the possibility of high scores….

Yes, indeed, it was a very good day.

5 responses to “And we have cake!”