As proof that kitchen miracles so exist, here are four vegetables that regrow in one week with just water and sunshine. […] [A]ll members of the turnip family (beets, turnips, parsnips) can regrow their greens

– Jaime Brockway, Use, Regrow, Repeat: 4 Vegetables that Regrow in One Week, Food52

Regrow the greens in one week? How great would that be? J’adore beet greens!!

So I tried it, using a Farmers’ Market Beet (the greens attached to this particular bunch of beets were wonderful; so were the beets themselves): 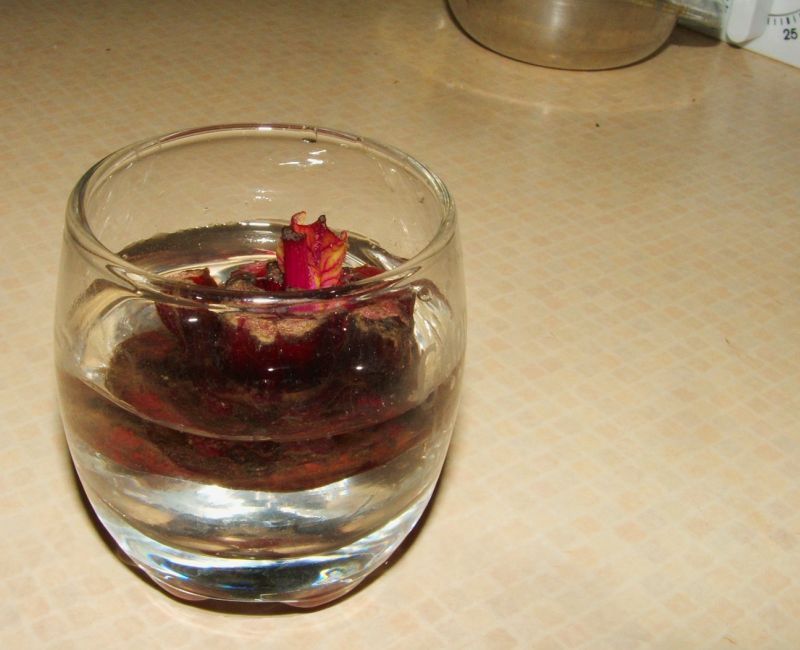 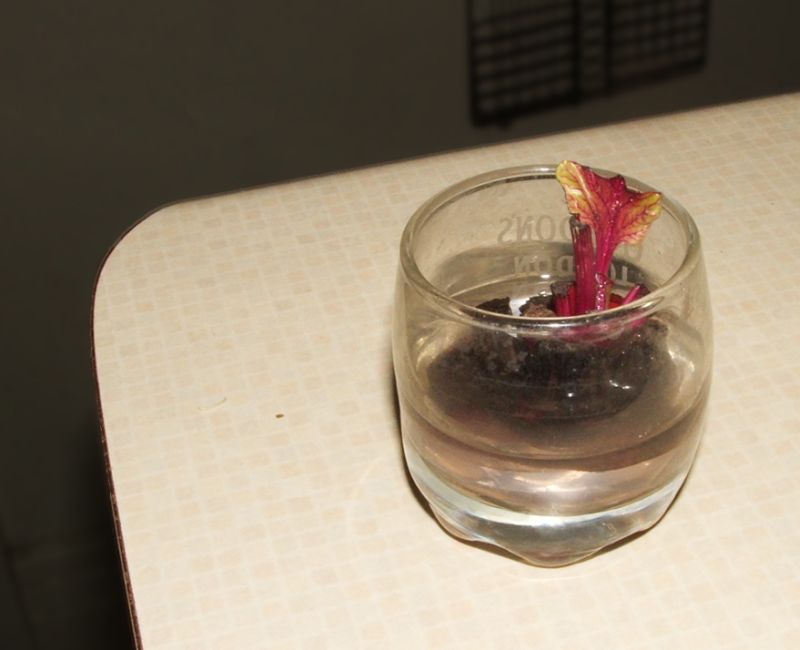 I was pretty excited to see that a tip of a leaf had emerged after just one day. I was less than excited to see how slowly the leaf was growing. …strong growth in just one week, eh?

Well, I guess that it’s not exactly false. There is growth in just one week, after all. But I don’t think I’ll hold my breath until it’s time to stir-fry kitchen counter beet greens….

(The glass is a shot glass. The mouth is about 5 cm in diameter.) 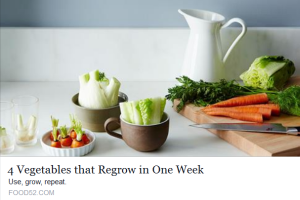 [R]eserve the tops of carrots and regrow greens from them. Just chop off the tops of the carrots, leaving about a half-inch to an inch of the top. Place in a shallow container, add water, and put in a sunny spot. After a week, you should see some strong carrot greens. And really, all members of the turnip family (beets, turnips, parsnips) can regrow their greens this way, not just carrots.

– Jaime Brockway, Use, Regrow, Repeat: 4 Vegetables that Regrow in One Week, Food52 Root vegetables, like beets, do not necessarily need to grow from seed, and can flourish indoors.

– Melissa J. Bell, How to Grow a Beet in Water Without Seeds, SFGate | Home Guides 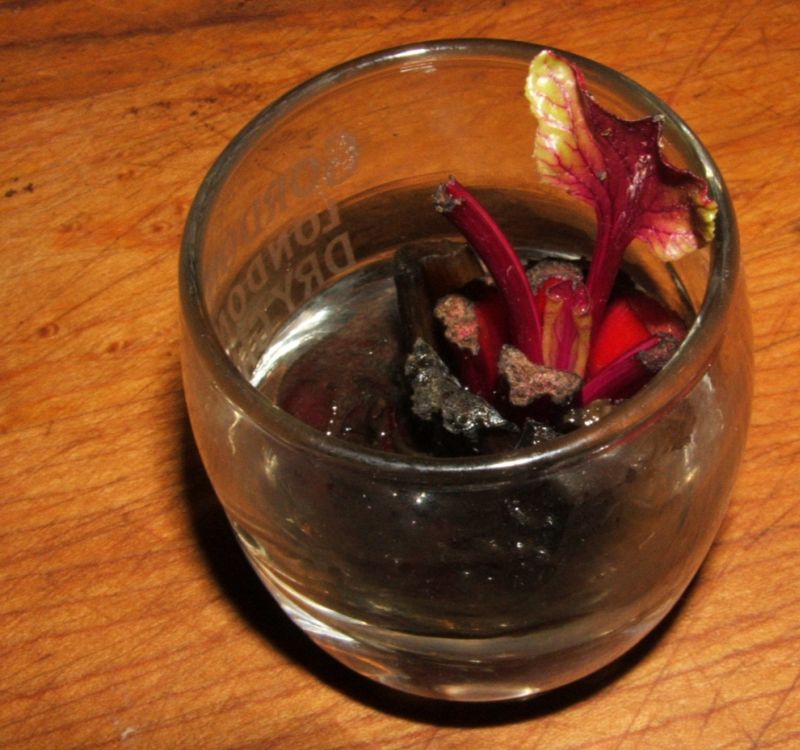