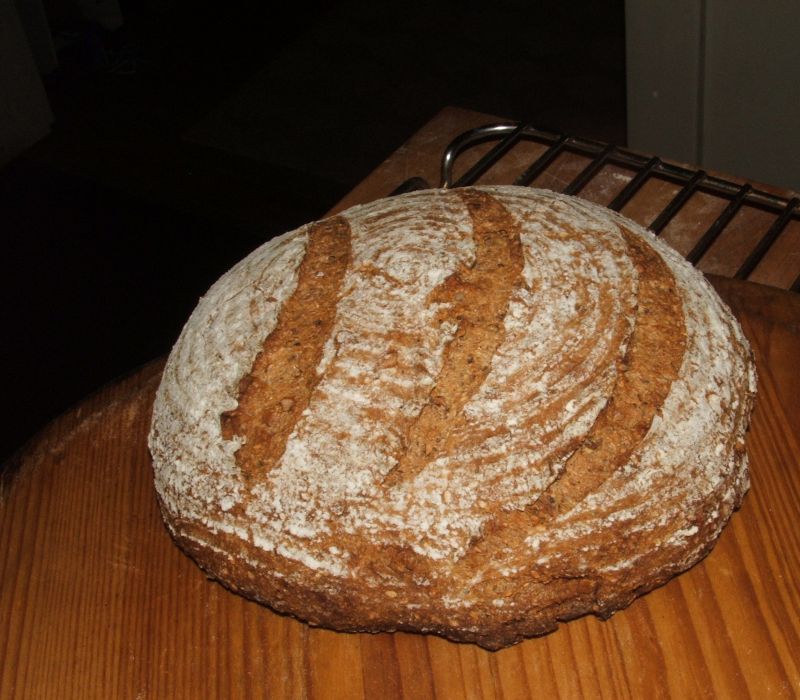 It's a three day process to make this bread and begins with soaking raisins and flaxseeds overnight. I was a little afraid to soak the raisins and when I looked at them the next day, I saw I was right to be afraid.... 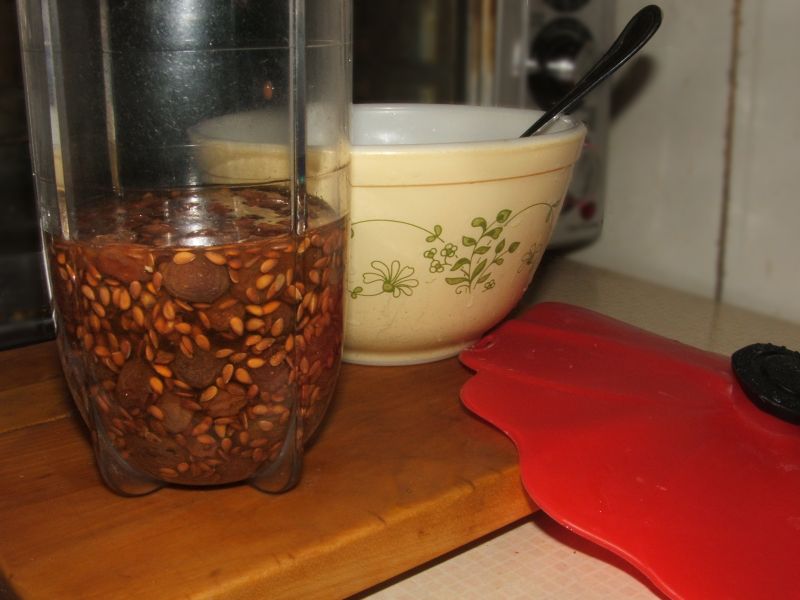 Luckily, the instructions call for pureeing the flaxseeds and raisins. 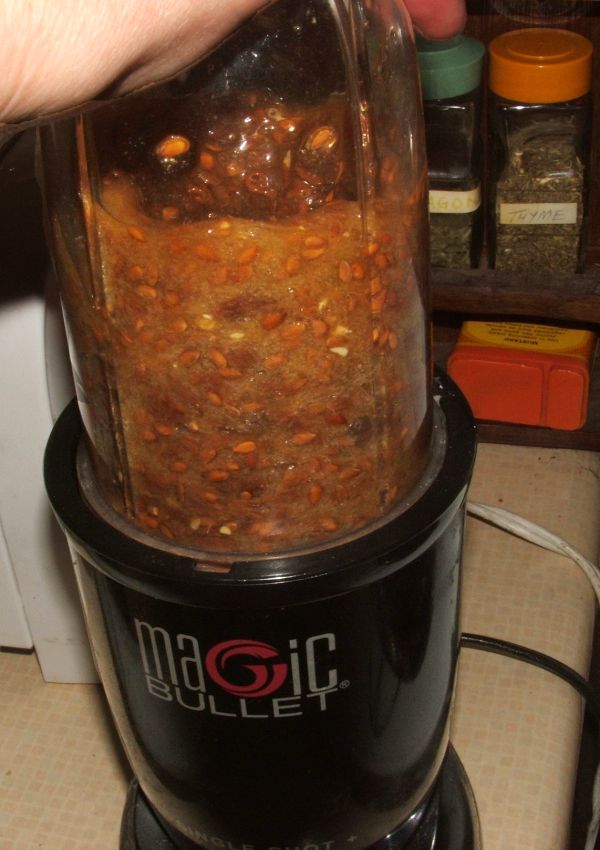 Day 2 calls for the pre-soaker ingredients to be added to whole wheat flour, oat bran (I used finely ground rolled oats) and a little salt to make a "soaker". 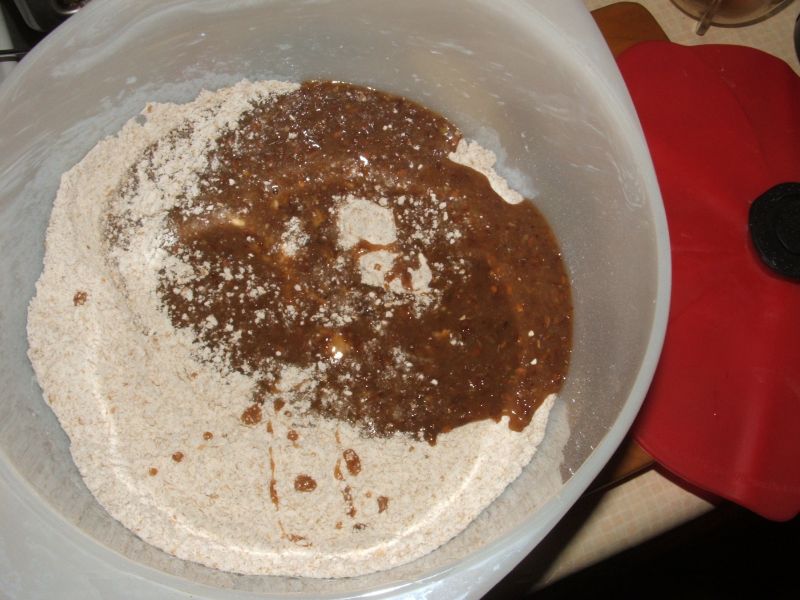 This is how the "soaker" looked just after it was mixed. 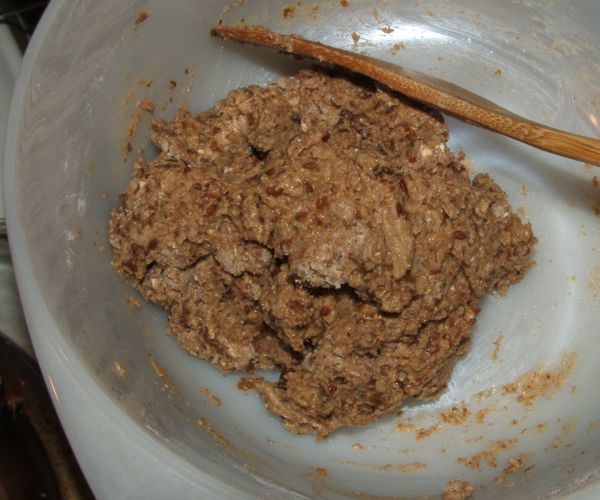 On Day 2, there is also a starter (biga) for Power Bread, made with whole wheat flour, yoghurt and dry yeast. 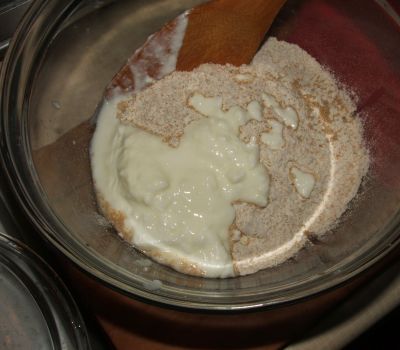 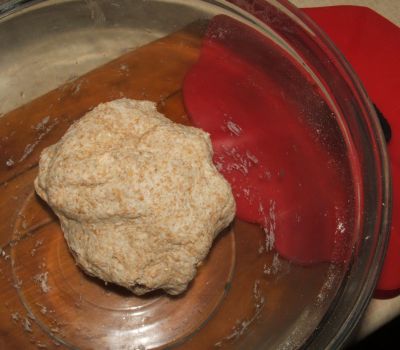 On Day 3, there are more pre-tasks to perform. The recipe calls for sunflower seeds to be ground into a flour. I made an executive decision to finely chop just some of the sunflower seeds. It was relatively early in the morning, so rather than disturbing the piece with a loud electric grinder, I used our mezzaluna. 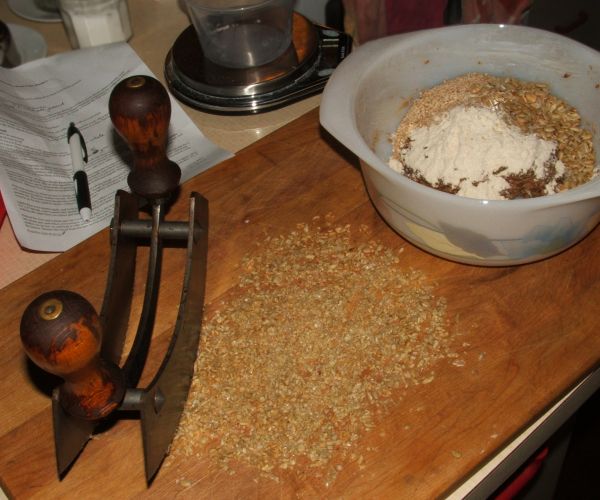 I used water and apricot jam to rehydrate the yeast. 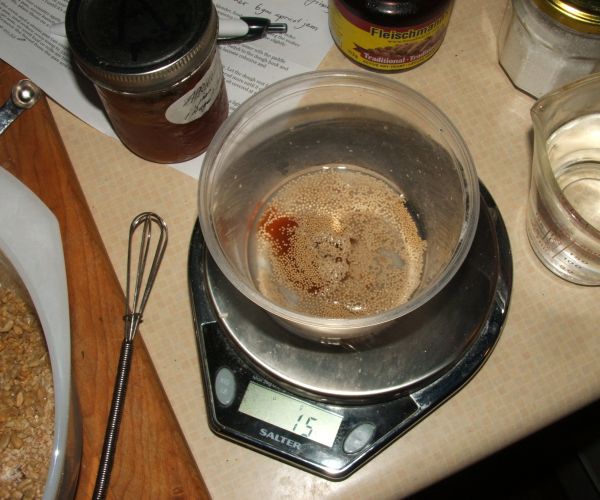 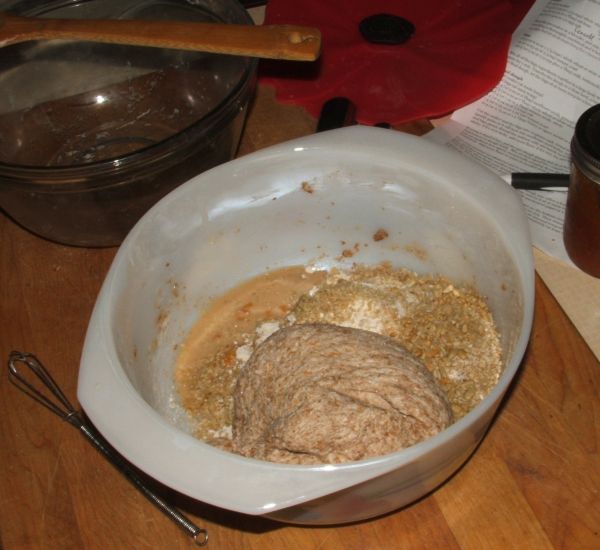 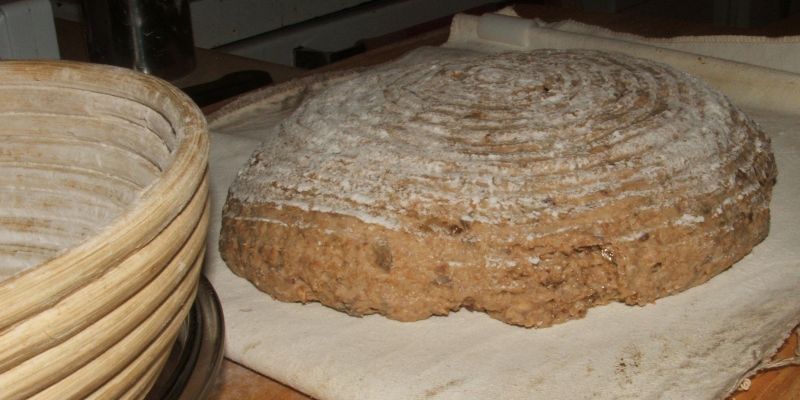 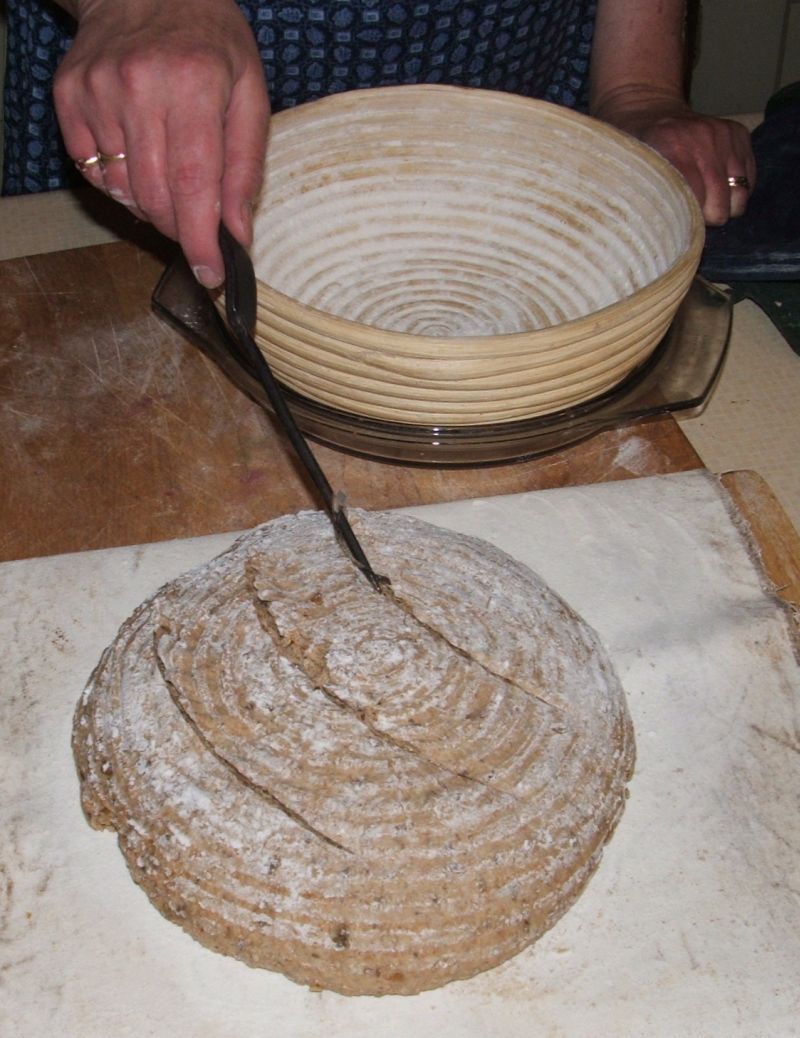 Scoring was really a pleasure with this lame with the stunningly beautiful handle made by Lance Ziegler of Burnt Whisker Forge (burntwhiskerforge.com). The weight is perfect and the curve of the handle fits wonderfully into the hand. (Please see more photos of our Burnt Whisker Forge lame.) 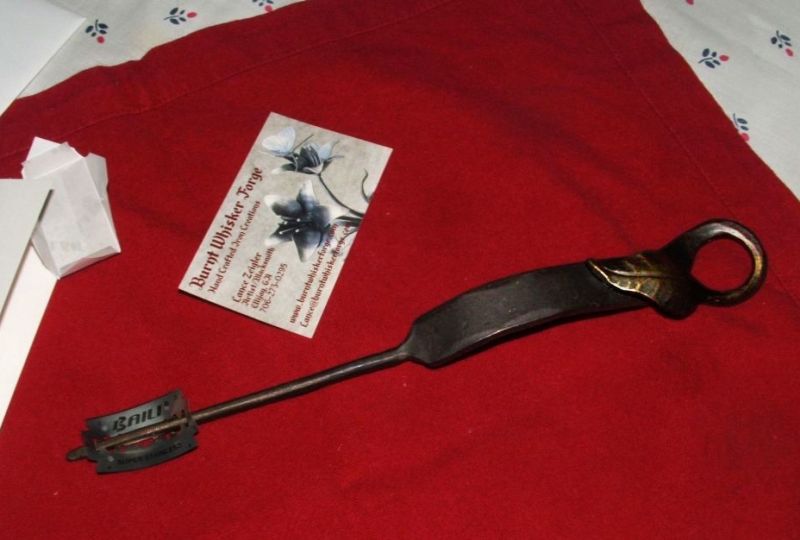 We were thrilled with the ears! 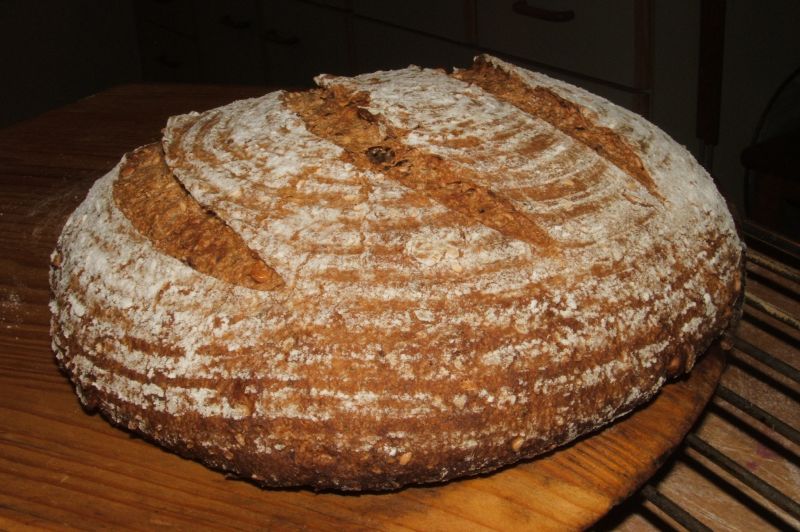 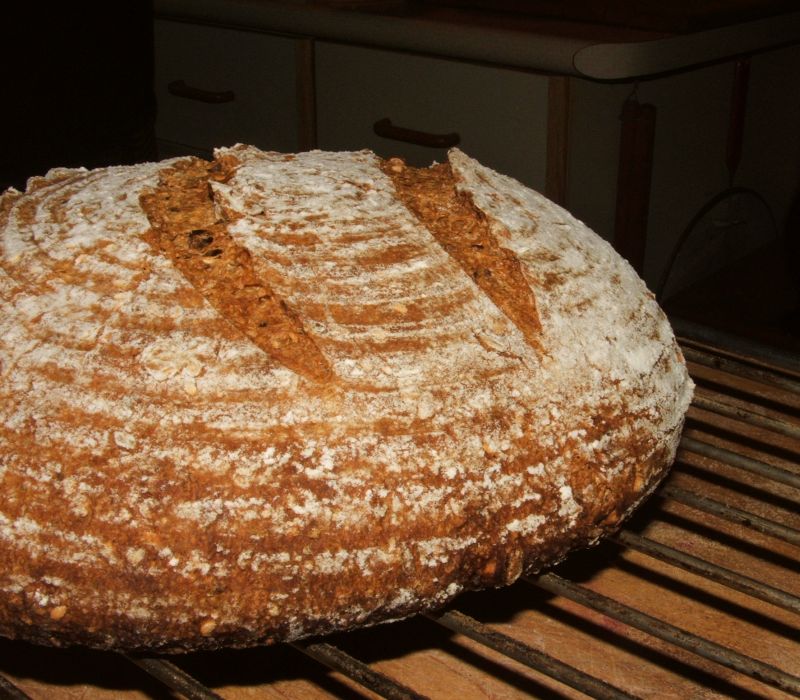 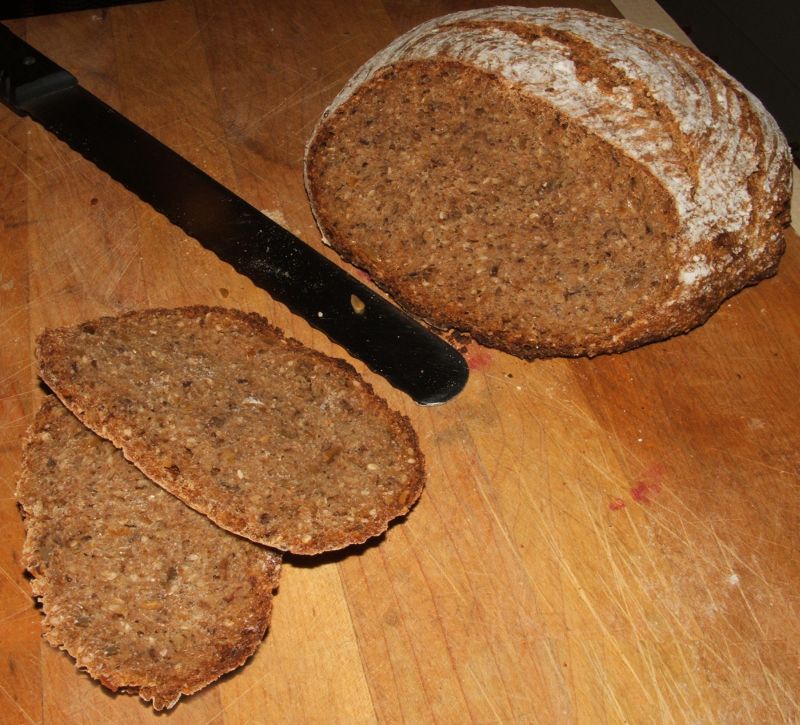 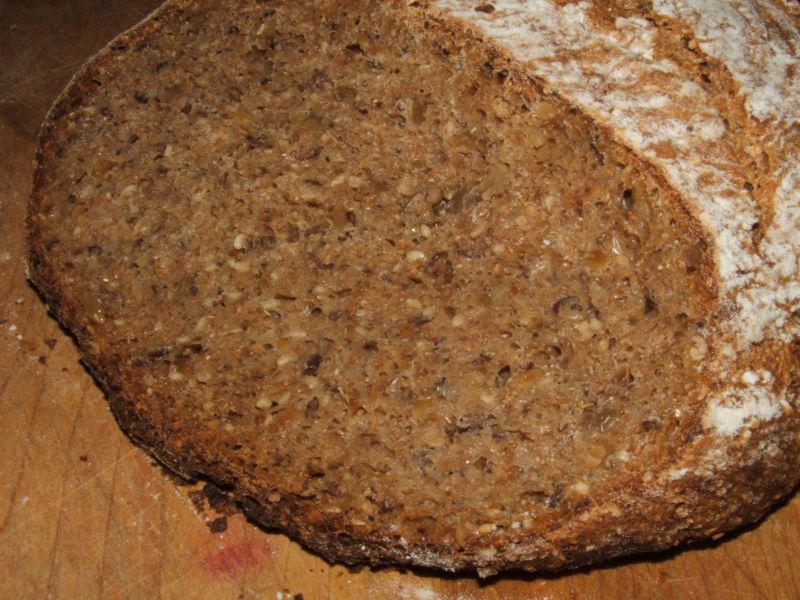 Power Bread is delicious toasted. It's best when thinly sliced and even better when served with goat's cheese and pepper jelly. 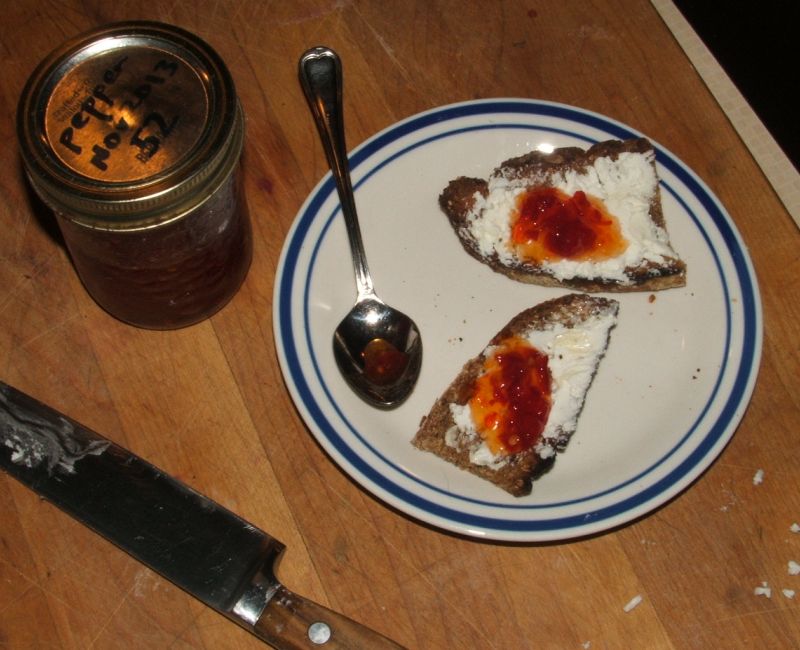 blog from OUR kitchen:
The Power of Persuasion (BBB July 2015) <<- includes my take on BBB Power Bread 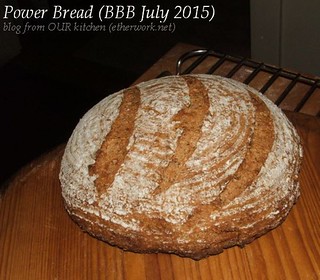