These Conchas (shells) are made from a recipe for Mexican Pan Dulce - sweet bread made with eggs and butter. The crunchy sweet topping is traditionally coloured in Mexican bakeries. I chose to let the colours of the flavourings colour the topping naturally. 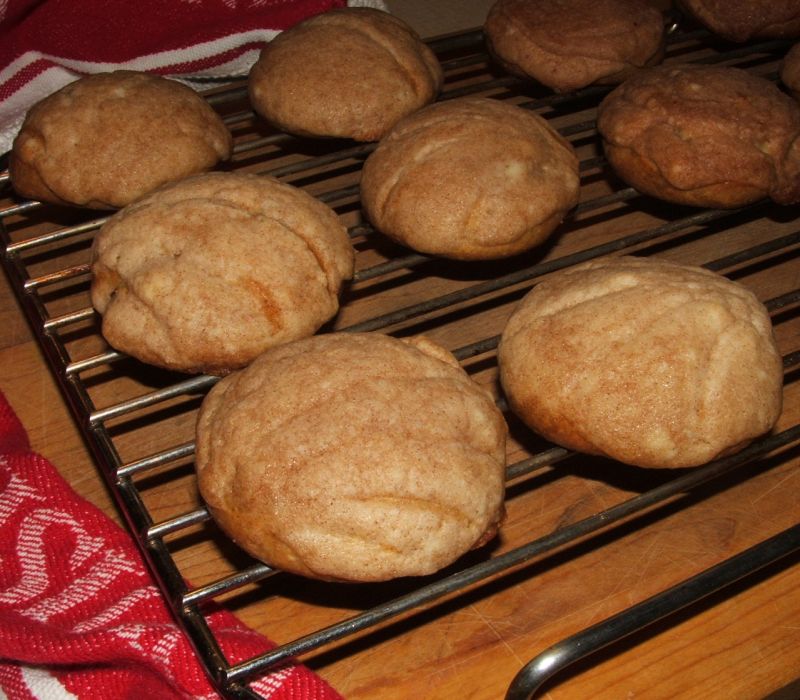 Shaping The dough is shaped into discs and place a ball of topping on each one. The topping is then flattened. Using the tip of a sharp knife, shell-like lines are carved into the topping. 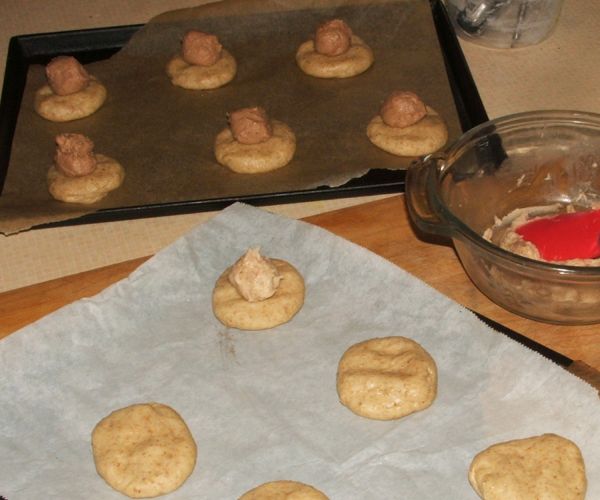 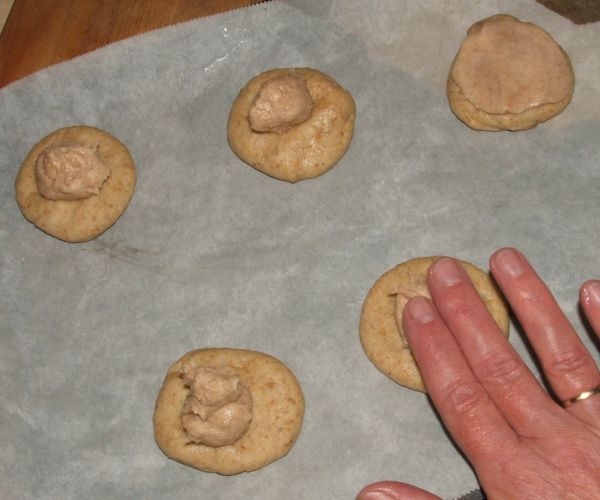 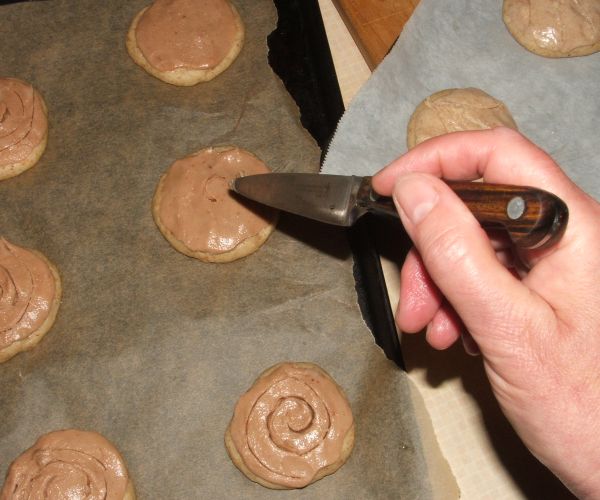 The light coloured conchas have cinnamon flavoured topping and the darker ones at the back have cocoa/ginger/chili toppings. 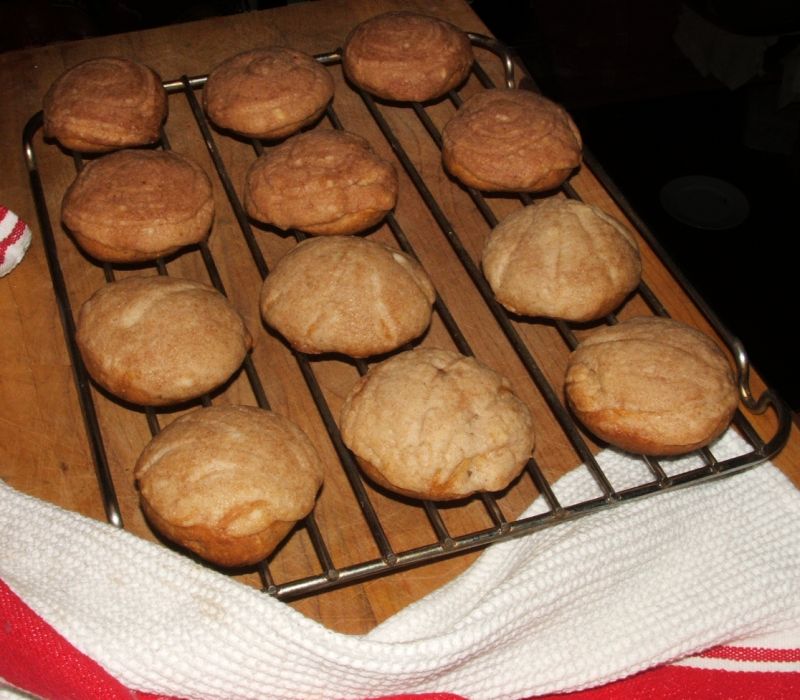 The cinnamon flavoured topping lines were to imitate scallop shells and the darker ones (cocoa/ginger/chili) in the foreground were decorated with spirals to imitate conches. Because the colours were relatively similar, it was the only way to distinguish them. 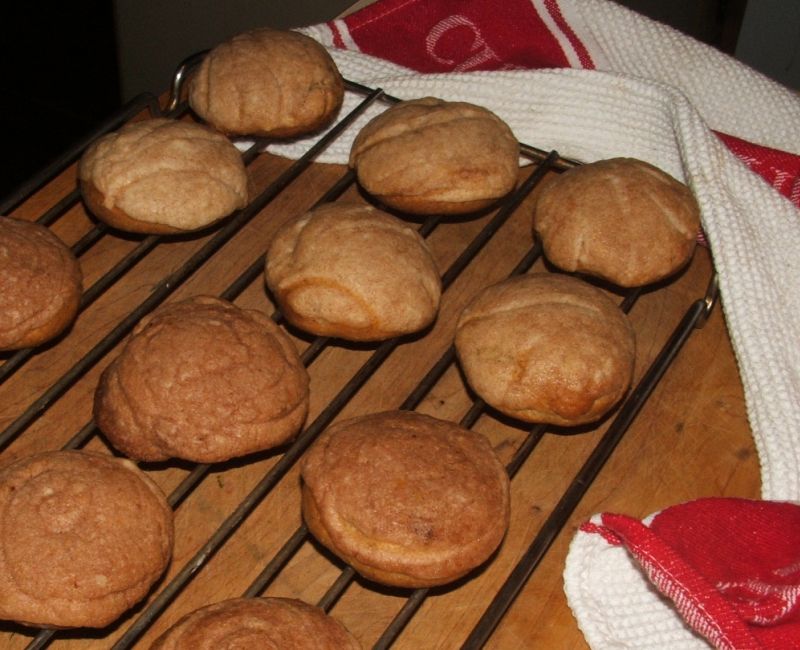 The beauty of living in Canada: we can have a Multinational breakfast: Conchas with sliced Mozzarella and cafe au lait. 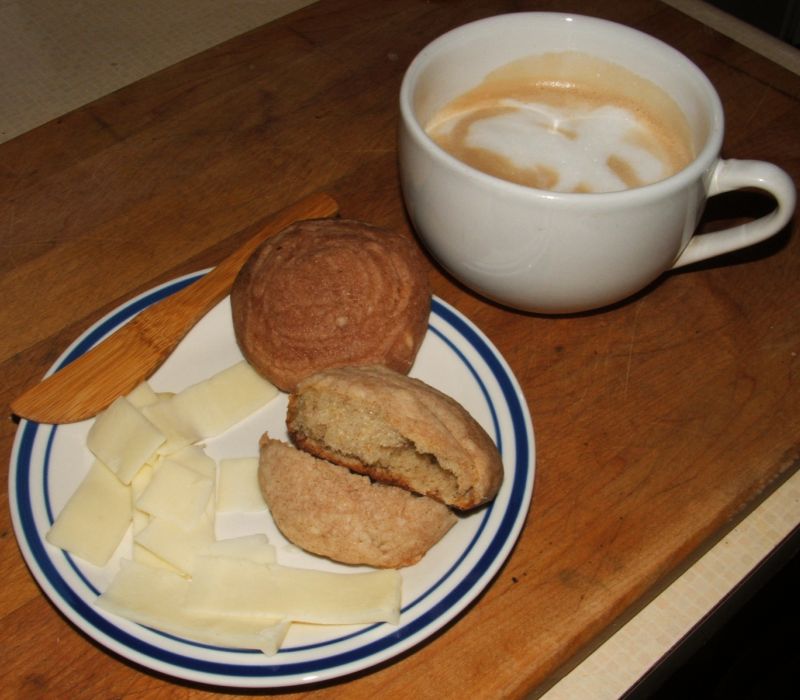 The crumb was beautifully soft. (Yes, it's true; even though the recipe calls for just white bread flour, I used a combination of unbleached all-purpose, 100% whole wheat and high-gluten flours, as well as some finely ground flaxseed. 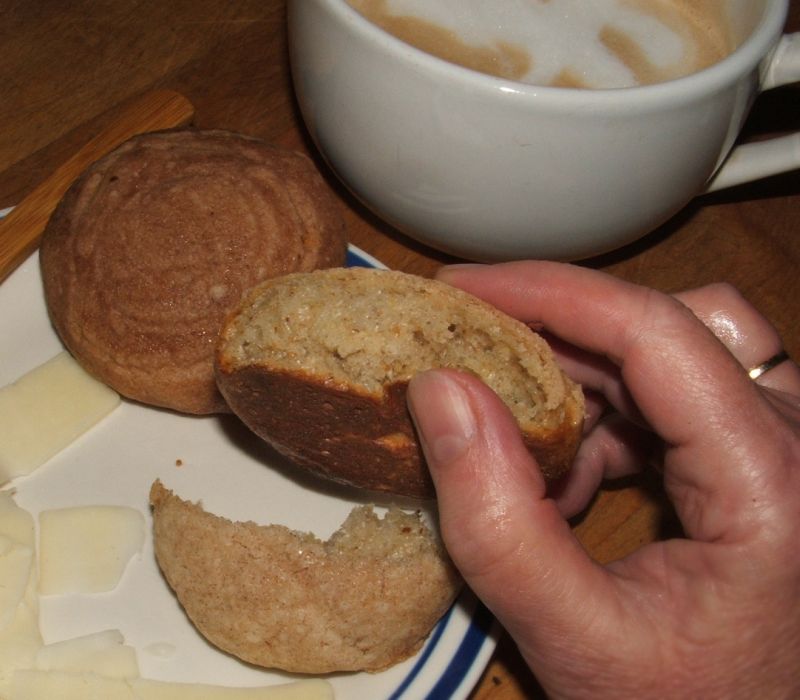 blog from OUR kitchen:
Conchas!! Who kneads them? (BBB September 2015) <<- includes my take on BBB Conchas recipe

Somewhere in the cupboards below this counter are some scallop shells as well.     Oooooh! Remind me to look for them! We neeeed to have Coquilles St.Jacques soon.... 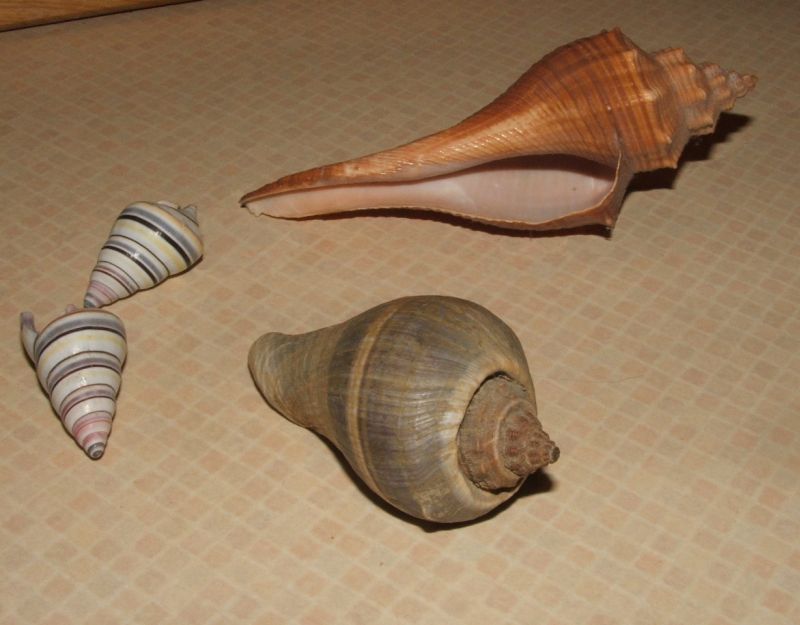 
(The thumbnail images appearing on links to this page are housed on Flicker: etherwork photostream.) 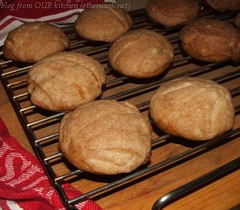 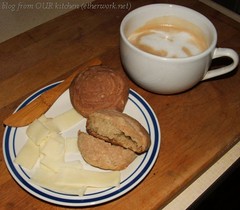