Based on a recipe in Ruth Reichl's book "Garlic and Sapphires", this cheesecake, is made in two layers, using cream cheese for the bottom layer and sour cream in the top layer.

(scroll down for more photos)

The sour cream layer on top is a brilliant idea.

This cheesecake is made with half cream cheese and half goat's cheese. The flavour is virtually the same. It's still the best cheesecake!

made with cream cheese

made with goat cheese

Garnished with Peaches and Grapes

This cheesecake is wonderful on its own and some would say that adding anything extra is gilding the lily. But when there are ripe peaches and grapes, they cry out to be added to the plate.

Perfectly ripe Red Haven peach slices were first macerated in vodka and a little sugar. For colour (and a very nice flavour addition as it turned out), we threw on a few of freshly picked ripe green grapes.

Yup. This is still the best cheesecake!

Separate the Eggs to Make a Loftier Cake...

Yup. This is still the best cheesecake! 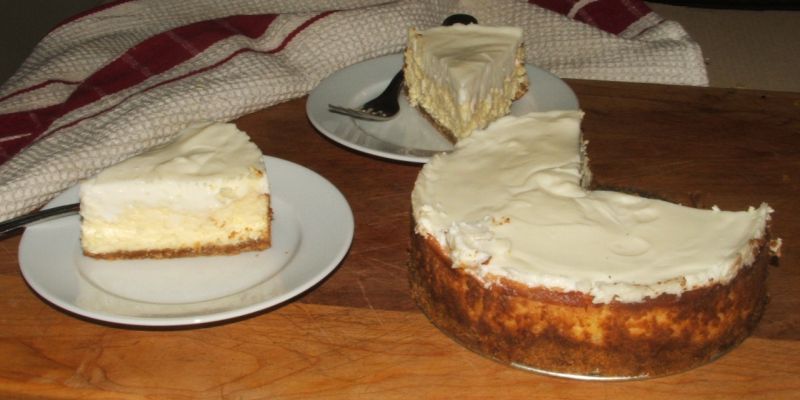 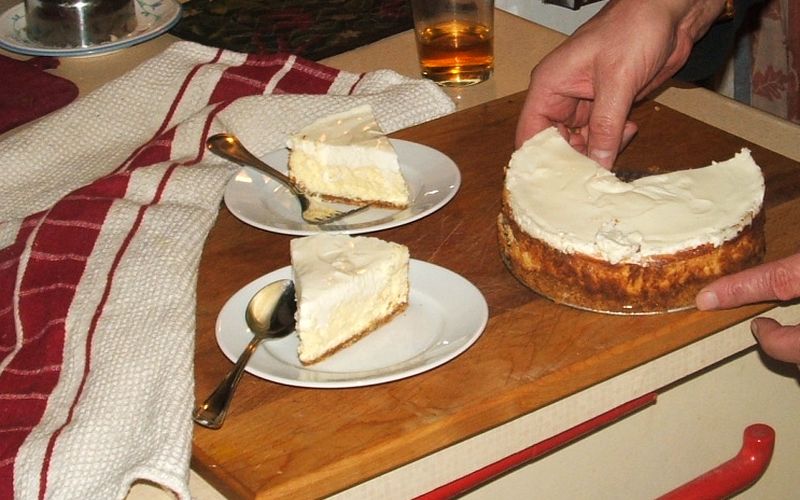 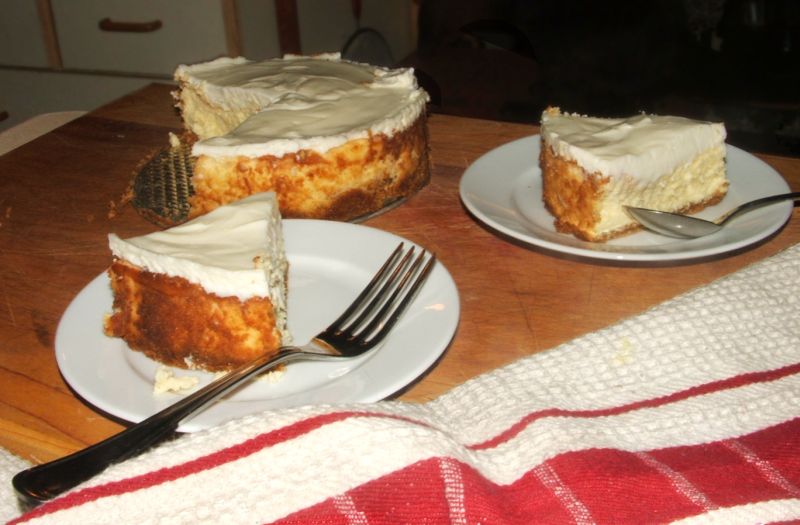 blog from OUR kitchen:
A great read and the best cheesecake... << includes recipe
monkey see, monkey do: cheesecake revisited...
Would you stand in line for this cheesecake?

Here is the fabulous birthday cheesecake that my sister made using our recipe. (Aren't those candle holders wonderful?)

Our cheesecake recipe calls for a  6  7 inch springform pan. But my sister doesn't have a small springform pan. So, she improvised with foil, parchment paper and a cast-iron frying pan. How brilliant is she?

Here is my sister's cheesecake cooling on a rack. At first she wasn't sure how to get the cake out. And then in a flash of inspiration, she realized she could simply peel away the layers.

We stood in line for over 30 minutes to buy one of Uncle Tetsu's Japanese Cheesecakes (Dundas and Bay, Toronto). It was quite delicious - light, fluffy and not too sweet. The cake was almost, but not quite, as good as our homemade cheesecake. 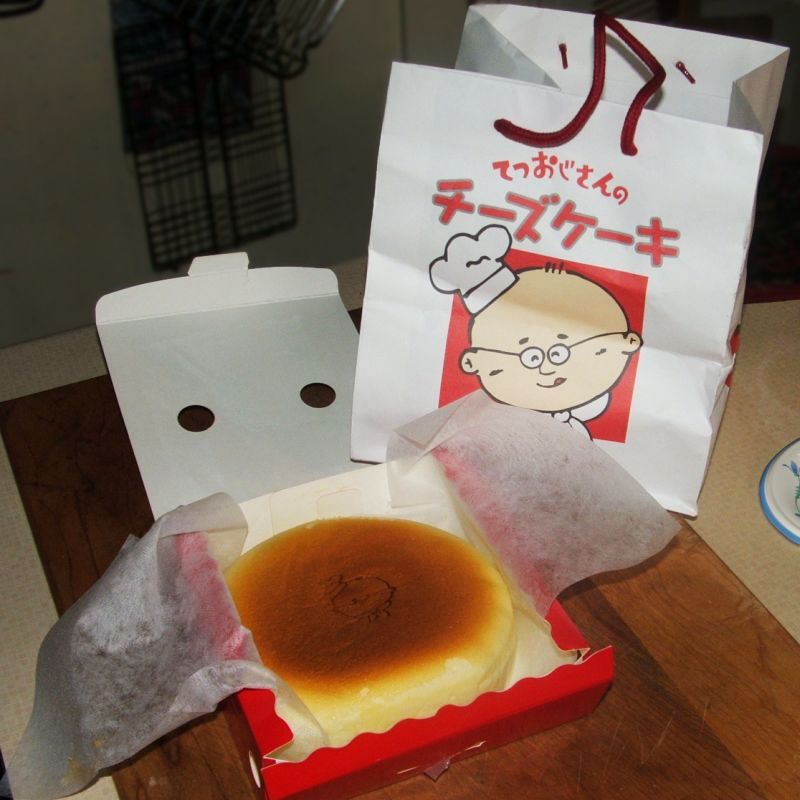